The Rockies are set to promote top prospect Jeff Hoffman to make his Major League debut against the Cubs, as Jason Lewis of CBS Albany first reported (on Twitter). MLB.com’s Thomas Harding tweets that an official announcement should be expected later this afternoon. 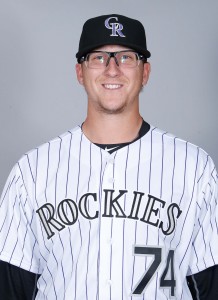 Hoffman, 23, was the ninth overall pick by the Blue Jays in the 2014 draft and may have gone first overall had he not required Tommy John surgery during his junior year at Eastern Carolina University. Colorado acquired him as the centerpiece player in last summer’s Troy Tulowitzki blockbuster with Toronto, and since that time he’s only added to his prospect status. Baseball Prospectus rated him 18th among all MLB prospects on their midseason Top 50, while MLB.com ranked him 41st, Baseball America pegged him 49th, and ESPN’s Keith Law had him as an honorable mention on the fringes of his own midseason Top 50.

While Hoffman’s numbers at Triple-A Albuquerque might not immediately stand out — 4.02 ERA, 8.9 H/9, 9.4 K/9, 3.3 BB/9, 45.1 percent ground-ball rate — the Pacific Coast League is, generally speaking, quite a hitter-friendly environment. He draws praise for a fastball that flirts with 100 mph, a power breaking ball that has plus potential and a changeup that could eventually be a plus offering as well, per the above-linked reports. His 6’5″, 225-pound frame gives him the necessary size to be a starter moving forward, and he’s made 22 starts this season without showing any red flags in what is his first full season back from the aforementioned Tommy John operation.

The Rockies will hope that Hoffman can join emerging righty Jon Gray as a second power arm atop what looks to be a suddenly intriguing mix of young starters in Denver. Beyond that pair of hard-throwing righties, the Rox have received encouraging performances from left-hander Tyler Anderson and right-hander Tyler Chatwood (though Chatwood isn’t exactly a controllable piece, as he’s slated to hit free agency following the 2017 season and is presently on the DL with a back strain). Pitching, of course, has been Colorado’s Achilles heel for virtually the entire existence of the franchise, as general managers, scouts and other executives have struggled to determine ways to build a staff that can pitch effectively at altitude. While this influx of talent hasn’t demonstrated anything over the course of a full big league season together just yet, the promise offered by this collection of Rockies prospects is arguably greater than any in its franchise’s history.

It’s not immediately clear if Hoffman will be inserted into the rotation for the duration of the season, though one would imagine that could be unlikely if only to control his innings. (He’s already at 118 2/3 after tossing a combined 104 frames last year.) However, if Hoffman is in the bigs to stay, he’ll accrue just 44 days of Major League service time, thereby allowing him to reach free agency upon completion of the 2022 season and reach arbitration eligibility upon completion of the 2019 campaign.