The Cubs snuck in a last-minute stunner, working out a deal with the Tigers for Nicholas Castellanos, according to Ken Rosenthal of The Athletic (via Twitter). Paul Richan and Alex Lange are headed to Detroit in return, per Craig Mish of MLB Network (via Twitter). 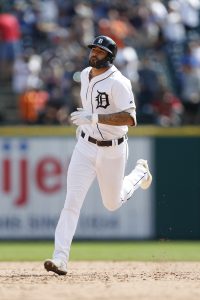 Castellanos is earning $9.5MM this year before reaching the open market at season’s end. The Tigers will pick up approximately $500K of the $3MM left of Castellanos’ salary, per Patrick Mooney of The Athletic.

The Cubs will add a good bit of offensive pop in this move, creating some additional possibilities in their outfield mix. It’s not immediately clear how the club will deploy its newly numerous group of options, having also acquired Tony Kemp earlier today, but odds are Castellanos will be in the lineup against all southpaws and a fair number of righty hurlers as well.

Through 439 plate appearances of regular action this year for the Tigers, Castellanos carries a .273/.328/.462 batting line with 11 home runs. He has been inconsistent for much of the season, ramping things up after a slow start but falling off again more recently.

Richan and Lange are each recent top draft picks who could be MLB options in the relatively near future. While the Tigers are laden with pitching prospect depth, it never hurts to have more arms. Richan has been at the High-A level all year, where he’s through 93 innings of 3.97 ERA ball with 8.3 K/9 and 1.7 BB/9. Lange carries a 5.82 ERA with 8.2 K/9 and 4.7 BB/9 in 86 2/3 innings on the season, split between High-A and Double-A.