The Twins have acquired reliever Sam Dyson from the Giants, according to Dan Hayes of The Athletic.  Tommy Birch of the Des Moines Register was first to report rumblings of the deal.  According to Birch, prospects Prelander Berroa, Jaylin Davis and Kai-Wei Teng will head to the Giants in the swap.  Dyson is the first-place Twins’ second veteran relief addition, as they picked up Sergio Romo Saturday night.  The Giants, interestingly, traded away relievers Dyson, Mark Melancon, Drew Pomeranz, and Ray Black today while keeping Madison Bumgarner and Will Smith and adding second baseman Scooter Gennett. 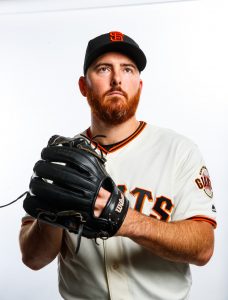 None of the three prospects obtained by the Giants rank within the Twins’ top 30, according to MLB.com.  Berroa, 19, is a starting pitcher out of the Dominican Republic who currently sports a 5.40 ERA across seven starts in rookie ball.  Davis, a 25-year-old outfielder, earned a promotion to Triple-A in June and is hitting a robust .298/.392/.563 with 25 home runs on the season.  Teng, 20, is a low-A starting pitcher with a 1.60 ERA over 50 2/3 innings this year.