The Twins announced they’ve signed starter Dylan Bundy to a one-year deal with a club option for 2023. The BBI Sports Group client will reportedly be guaranteed $5MM, taking the form of a $4MM salary in 2022 and at least a $1MM buyout on the $11MM option. 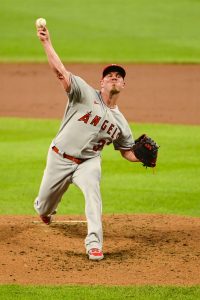 Bundy profiles as a buy-low option for a Minnesota club that needs to significantly overhaul its rotation this winter. The former top prospect had settled in as an up-and-down but capable starter with the Orioles over his first few seasons before seemingly realizing his long-awaited breakout in 2020. Acquired by the Angels over the previous offseason, Bundy worked 65 2/3 innings of 3.29 ERA ball with a strong 27% strikeout rate during the truncated season.

Entering 2021, Bundy looked to be one of the more appealing arms in this winter’s free agent class. Few players’ stocks were dealt a more significant hit over the intervening months, though, as the right-hander struggled with both underperformance and injury. Bundy pitched to a 6.78 ERA over the season’s first three months, eventually being relegated to the bullpen.

His strikeout percentage dropped six points prior to his bullpen conversion, while he allowed an alarming 2.1 homers per nine innings pitched. That was in line with issues keeping the ball in the yard he’d experienced in Baltimore, a significant turnaround from the 0.69 HR/9 he posted during his first season in Orange County.

The move to the bullpen didn’t work as intended, as the Oklahoma native continued to struggle in shorter stints. Making matters worse, he hit the injured list with a shoulder strain in late August. While he’d initially expressed hope regarding a potential return, that proved impossible. Ultimately, Bundy hit free agency for the first time coming off a career-worst 6.06 ERA and an extended absence due to an arm injury.

There’s no doubt the 2021 campaign was a “Murphy’s law” type season. Yet Bundy’s only a year removed from looking like at least a mid-rotation caliber arm, and there’s not a whole lot of financial risk for the Twins in hoping for a bounceback. With Kenta Maeda likely to miss much of the season after undergoing Tommy John surgery, the Twins have very little stability in the starting staff. Bailey Ober looks likely to have one spot after a quietly strong 2021 campaign, while rookie Joe Ryan pitched well down the stretch. There’s still plenty of need for more reliability in that group moving forward, and it’s likely president of baseball operations Derek Falvey, general manager Thad Levine and the rest of the front office will continue to scour the free agent and trade markets for starting pitching help.