The Reds are in agreement with veteran infielder Cliff Pennington on a minor league contract that would pay him a $1.5MM base salary in the Majors, reports ESPN’s Jerry Crasnick (via Twitter). He’ll be in camp as a non-roster invitee this spring. Pennington is represented by Sosnick, Cobbe & Karon.

The 33-year-old Pennington spent the past two seasons with the Angels, where he batted a combined .232/.287/.320 through 405 plate appearances. Offense has never been a calling card for Pennington, a switch-hitter with a career .243/.310/.341 hitter through 3108 plate appearances, spanning 10 seasons. But, he’s a versatile defender capable of providing average or better glovework at shortstop, second base and third base, which makes him a nice utility option to have on hand — particularly for a Reds team that has yet to see Jose Peraza establish himself as a big leaguer.

Brett Cecil, who is eligible for free agency after the 2016 season, is “open” to an extension with the Jays, writes Ben Nicholson-Smith of Sportsnet (who, by the way, chatted with Zach Links and MLBTR readers on Periscope earlier today). Cecil is not aware of any extension talks between the two sides. “There’s not necessarily going to be demands on what it’s got to be,” he says. “If they want to talk then we can talk. If not then we don’t.” As Nicholson-Smith notes, Cecil appears to be in line for a significant payday, whether that’s with the Blue Jays or with another team. He posted a 2.48 ERA, with an outstanding 11.6 K/9 and 2.2 BB/9 last season, and this past winter saw good non-closing relievers like Darren O’Day and Ryan Madson land contracts well north of $20MM. And Cecil compares favorably to fellow lefty Tony Sipp, who got $18MM from the Astros. Here’s more from Toronto. 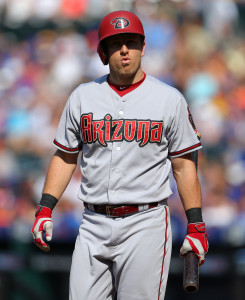 Phillies GM Matt Klentak says his team will depend on newly acquired Jeremy Hellickson to help solidify its rotation, Todd Zolecki of MLB.com writes. “This offseason we made it a priority to add a stabilizing influence to our young rotation, and we think we found that guy in Jeremy,” says Klentak. “I think one of the things on top of the obvious is that he’s a veteran guy, but still just 28 years old. He’ll pitch at 29 this season, so we’re excited that he’s still in his prime.” Klentak says he’s hoping for bounce-back seasons from not only Hellickson but also James Russell and Dan Otero, both of whom the Phillies acquired earlier this month. Here are more quick notes from the East divisions.

After suffering a concussion during a simulated game and missing three weeks, 2015 first overall draft pick Dansby Swanson is ready for his first professional game.  MLB.com’s Chad Thornburg reports that Swanson will play tonight for the Diamondbacks’ Class-A affiliate in Hillsboro.  Here’s some more from around the NL West…

The trade of Shane Victorino to the Angels has opened playing time for Rusney Castillo and allowed the Red Sox’ $72.5MM man to impress his team, writes Brian MacPherson of the Providence Journal. Castillo is hitting .333/.375/.444 in his latest recall from Triple-A, and Boston is impressed with his ability to quickly make adjustments based on advice from the coaching staff. Assistant hitting coach Victor Rodriguez has already made slight changes to Castillo’s stance in an effort to shorten his swing, and both player and team feel the results have been positive. There are still greater adjustments to be made, MacPherson continues — Castillo, for instance, was taught in Cuba to swing each time he sees a baserunner in motion regardless of the pitch — but the 28-year-old says his confidence and comfort level are on the rise.

A few more AL East items on a quiet morning…

Mike Napoli may have struggled this season, but he left his mark on the Red Sox organization, writes Rob Bradford of WEEI.com. The slugger hit .242/.350/.436 during his Red Sox tenure with 53 regular season home runs. He also popped two home runs in the 2013 ALCS. In addition to his on-field contributions, Napoli was known for his character. I’ll leave the story telling to Bradford. 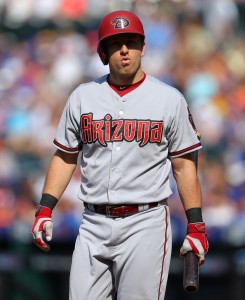