The Mariners have claimed catcher Tuffy Gosewisch off waivers from the Braves, per a club announcement. To clear roster space, Seattle designated righty Jonathan Aro for assignment.

Gosewisch comes with a $635K arbitration salary that he already agreed to with Atlanta. He’ll add a defensively solid, experienced veteran to the Mariners’ catching mix. But Gosewisch has never done much with the bat at the MLB level. Over 416 career plate appearances, he owns a .199/.237/.286 batting line. He did turn things around last year at Triple-A, though, slashing .342/.399/.553 over 219 trips to the plate.

The Mariners have announced a series of roster moves involving their pitching staff. Righty Steve Johnson was designated for assignment and southpaw Wade Miley was placed on the 15-day DL with a shoulder impingement. Seattle has called up right-hander Jonathan Aro and lefty David Rollins to take their places.

The 29-year-old Miley has struggled to keep runs off the board in Seattle and owns a 5.28 earned run average over his 76 2/3 frames on the year. Other than allowing more home runs and drawing a few less grounders than usual, though, he’s looked much like his typical self. Miley has checked in with 6.8 K/9 against 2.8 BB/9 on the year, right around his career averages.

To take a look at the new Mariners pitching alignment, check out the updated Seattle depth chart at RosterResource.com. 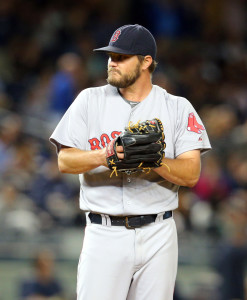 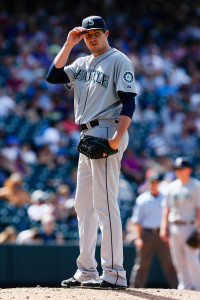