The Orioles have signed righty Asher Wojciechowski and four other hurlers to minor-league pacts, according to a club announcement. Wojciechowski’s signing was first reported by Eduardo Encina of the Baltimore Sun, via Twitter. Also joining the Baltimore organization are lefties Jason Gurka and Luis Lugo and righties Christian Binford and Perci Garner.

Wojciechowski, who’s nearing his 29th birthday, got his first full shot at the majors last year with the Reds. But he scuffled to a 6.50 ERA in 62 1/3 innings while coughing up 14 long balls. On the positive side, Wojciechowski did manage to record 64 strikeouts against 19 walks, and was much more effective in limited minor-league action. Needless to say, getting the dingers under control will be a key if Wojciechowski is to have any success pitching in Camden Yards, though he’ll have to earn his way there first.

As for the others, Lugo topped out at Double-A with the Indians, where he pitched to a 4.35 ERA with 6.2 K/9 and 3.7 BB/9 over 134 1/3 innings in 2017. Binford, a former Royals prospect, has failed to succeed at the highest level of the minors despite making it there in each of the past four seasons. Most recently, he allowed 7.24 earned per nine over 115 2/3 frames. We covered Garner’s addition yesterday.

Thursday’s minor transactions from around baseball: 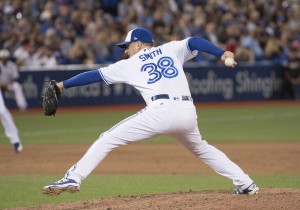 The Phillies have agreed to terms with second-round draft pick Perci Garner, MLBTR has learned. The right-hander, out of Ball State, was drafted 77th overall yesterday by Philadelphia.

The Phillies also agreed to a deal with first-round selection Jesse Biddle, and have now locked up their top two picks from this year's draft.