One would be hard-pressed to offer a better description of this year’s Diamondbacks offseason than that written at the same time last year by MLBTR’s Steve Adams: “The Diamondbacks made a number of moves that raised eyebrows and invited skepticism this offseason, and they’ll have to improve on last year’s .500 record to silence those naysayers.”

Notable Minor League Signings
Trades and Claims
Extensions
Notable Losses
Needs Addressed
“Need” may not be the right word to describe the target areas for Arizona GM Kevin Towers coming into the offseason. After all, the club featured a fairly balanced set of players: a couple of young options at short to round out the infield; several youthful outfielders to join a returning Cody Ross; a nice group of rotation candidates; and the basis for a solid relief corps. There were questions, surely, but one would have been hard-pressed to point to a significant area where an addition was truly necessary. 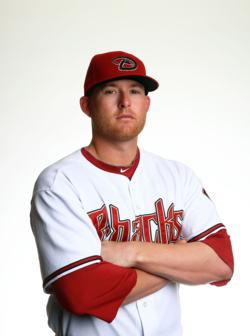