The Rockies will promote one of their two top pitching prospects, righty Eddie Butler, reports MLB.com’s Thomas Harding (via Twitter). Butler will take the ball against the Dodgers on Friday. 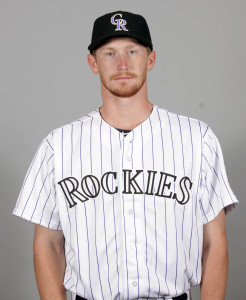 Butler is a 23-year-old who was taken 46th overall in the 2012 draft out of Radford. Though he is perhaps less widely known (and much smaller physically) than fellow high-end righty Jonathan Gray, Butler is every bit the prospect. Keith Law of ESPN.com is most bullish (Insider links), ranking Butler among the game’s twenty best prospects entering the season and keeping him there in a recent update. A big sinker and hard slider were his calling cards entering the draft, says Law, but an excellent, more recently developed change has advanced his value significantly.

As Law noted, Butler has not generated the strikeout numbers that might have been expected this season. Indeed, he is only striking out 5.2 batters per nine (against 2.5 BB/9) to support his 2.49 ERA in 68 2/3 Triple-A innings on the year, though Law notes that Butler’s stuff is likely to produce strong groundball results. Baseball America listed him as the game’s 24th-best pre-MLB talent, echoing Law’s assessment. MLB.com, meanwhile, places Butler at the 33rd overall slot, noting that Butler had answered some concerns with his lack of size and command.

If Butler’s service clock starts on Friday and he remains in the bigs for the rest of the season, he would stand to tally 115 days on his clock this year. That would not be enough to set him up for Super Two qualification in most years; the cutoff has hovered between 2.122 and 2.146 days of service in recent years.

It appears that Butler will take the rotation spot of the struggling Franklin Morales, who had initially stepped in for the injured Brett Anderson. With the Rockies standing at an even .500, Butler’s performance could have an important role in determining the club’s fate — and, relatedly, shaping how the team views its chances this year and in the future.