The Marlins have formally announced the hiring of Don Mattingly as their new manager. Mattingly will receive a four-year contract, the club announced, although the new skipper said today at his introductory press conference that he hopes to manage in Miami for at least 10 years (via the Miami Herald’s Barry Jackson). 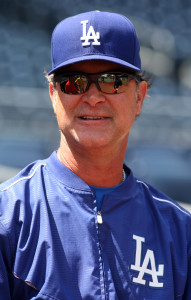 Incredibly, the 54-year-old Mattingly becomes the Marlins’ eighth man to manager the Marlins since the 2010 season, although that does count bench coach Brandon Hyde, who managed just one game on on interim basis in 2011. Mattingly will replace GM-turned-skipper Dan Jennings, who bizarrely transitioned from the front office to the dugout in nearly unprecedented fashion earlier this year after Mike Redmond was fired as manager. (Jennings has since been dismissed from the Marlins after initially being asked to return to the front office.) The Marlins will pay Redmond through the 2017 season and only recently had Redmond’s predecessor, Ozzie Guillen, come off the books, as his four-year contract expired upon completion of the 2015 season despite the fact that he was fired three years ago.

Since word of the agreement broke, reports have indicated that Mattingly hopes to bring Dodgers bench coach Tim Wallach and pitching coach Rick Honeycutt with him to Miami. While it’s not clear whether either man will officially make the transition, Mattingly did say today that he thinks Wallach will join him as bench coach with the Marlins (via the Herald’s Clark Spencer, on Twitter).

Mattingly expressed great interest in taking on a different challenge with a smaller-payroll club: that of being forced to develop more talent than with a larger-market team. “That was the single biggest thing I was intrigued with coming to Miami is chance to develop, teach, help mold a young club,” said Mattingly (via Jackson’s piece above). “…This is a place we are going to have to develop through the minor league system, continuing to teach, develop at all time. … Also understanding the challenges of this market. It’s not a New York or L.A. where you can go endless finances. It’s a situation where you have to continue to build.”

The Marlins interviewed a wide variety of candidates, though reports throughout the interview process indicated that owner Jeffrey Loria would consider Mattingly the favorite were he to part ways with the Dodgers. That scenario came to fruition last week, when Mattingly and the Dodgers mutually parted ways. Mattingly is said to feel that the team didn’t want to commit to him for the long haul, though some form of extension was discussed prior to his departure. (Speculatively speaking, it seems plausible that the Dodgers only offered Mattingly a one-year extension of his contract, which would’ve extended it through the 2017 season.)

Though Loria is notoriously fickle with his managers — as evidenced by the fact that seven men have filled that role from 2010-15 — the New York native is said to be a huge fan of Mattingly dating back to Mattingly’s days as a six-time All-Star first baseman with the Yankees. Perhaps, then, that will buy Mattingly more leeway than was afforded to the men he is succeeding in his new role.

In five seasons as manager of the Dodgers, Mattingly posted a 446-363 record, guiding his club to the NL West Division title in each of the final three years of his term. While the team won only one postseason series in four attempts under Mattingly, he recorded a winning record in each of his five seasons and was generally well-regarded by his players. Notably, Mattingly managed in an extremely high-pressure market while juggling a large number of highly paid players on his roster, many of whom had been reduced to part-time roles. Managing the number of egos and dealing with the L.A. media undoubtedly took a toll on Mattingly, and he’s likely to encounter a more low-key environment in Miami.