The Tigers signed their first free agent of the winter Friday, announcing a one-year pact with catcher Austin Romine. The Moye Sports Associate client will reportedly be guaranteed $4.1MM and looks to be in line to see an increased workload with the Tigers — the same club that employed his brother, Andrew Romine, from 2014-17. 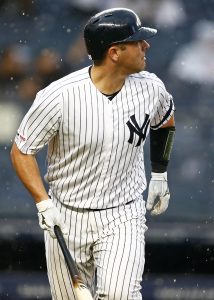 “Signing an experienced catcher was high on our list of offseason priorities, and we believe Austin will have an impact both on the field and in the clubhouse,” GM Al Avila said in a press release. “He’s a proven leader and game caller who has earned respect around the league for the tenacious and passionate manner in which he plays the game.”

Romine, 31, has been a steady contributor to the Yankees for some time now. While he was the clear number two in New York, he got a good bit of action in recent years when Gary Sanchez was sidelined. Though he carried a dismal track record with the bat until recently, Romine has trended up in the past two seasons, slashing .262/.302/.428 with 18 long balls in 505 plate appearances since the start of the 2018 season.

Romine has graded as a below-average framer but obviously impressed the Yanks with his overall abilities on the defensive side of the equation. He’s thwarted 28 percent of stolen-base attempts against him over the past two seasons while posting above-average numbers in terms of blocking pitches in the dirt, per Baseball Prospectus. Romine will surely be called upon to handle a big chunk of the time behind the dish in Detroit while helping younger backstops Grayson Greiner and Jake Rogers learn the ropes.