The White Sox have reached an agreement to sign veteran slugger Edwin Encarnacion, according to multiple reports. Dominican reporter Yancen Pujols tweets that the sides have agreed to a one-year, $12MM deal that includes a $1MM signing bonus and $11MM salary, pending a physical. The contract also comes with a $12MM club option, sans buyout, per Joel Sherman of the New York Post (on Twitter). 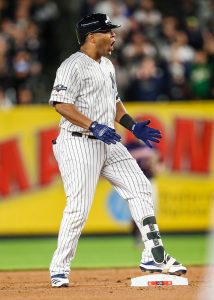 Encarnacion has been one of the game’s premier hitters since his breakout 2012 season. Though he stepped back a bit in 2018, he rebounded well in the just-completed campaign and proved he’s still capable of top-notch offensive production as he closes in on his 37th birthday.

Through 486 plate appearances over the 2019 season, Encarnacion swatted 34 long balls and slashed a healthy .244/.344/.531. That was about thirty percent above the league-average output at the plate. Encarnacion also spent a fair bit of time in the field, logging 489 innings at first base and grading within range of average with the glove.

For the South Siders, this move represents the latest addition in a busy offseason. Encarnacion will pair with Jose Abreu to form a veteran slugging duo. The latter will presumably take the lion’s share of the action at first base, but both can share the load there to stay fresh.

Whether or not the White Sox will look to keep adding bats isn’t known. The club has been tied to corner outfielders throughout the winter but has already made one move there in acquiring Nomar Mazara. With Abreu and Encarnacion likely to be in the lineup most days, and Eloy Jimenez occupying another corner outfield spot, it’d be surprising to see another high-dollar bat land in Chicago.

That’s all the more true since the White Sox catching situation seems to have some spillover. New addition Yasmani Grandal will likely spend some days at first or in the DH slot to ease his load, which will likely absorb most of the rest days for Encarnacion and Abreu. Backup receiver James McCann now seems all the more expendable, since there won’t be quite as many opportunities to deploy Grandal elsewhere.