TODAY: The Mets have officially announced the hiring.  Rojas will be introduced at a press conference on Friday.

11:53am: The Mets have moved swiftly in the wake of the departure of manager Carlos Beltran. Their 2020 club will be helmed by Luis Rojas, according to multiple reporters including Mike Puma of the New York Post (via Twitter) and Tim Britton of The Athletic (Twitter link). 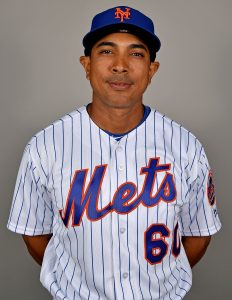 Rojas and the Mets are said to be finalizing a multi-year contract. The 38-year-old had interviewed for the open managerial position before it went to Beltran, leaving Rojas to reprise his role as quality control coach. But when Beltran stepped out the door due to his role in the Astros cheating scandal, the Mets turned back to Rojas.

Indications are that Rojas will oversee the same coaching staff that had expected to serve under Beltran. Obviously there’ll be at least one new hire as well, to account for the promotion.

It’s a bit opportunity for Rojas, who’ll take over for former manager Mickey Callaway after just one year on an MLB staff. Rojas came up through the Mets farm system as a coach and manager but had only overseen big leaguers during his time managing Dominican Winter League outfits.

Beyond his own experience, Rojas comes from a royal lineage. He’s the son of legendary skipper Felipe Alou and half-brother of MLB stalwart Moises Alou. MLB.com’s Nathalie Alonso detailed Rojas’s rise and managerial future in an article last summer.

This is obviously not how anyone envisioned Rojas moving into the manager’s seat, but he’ll need to hit the ground running. Camp opens in just three weeks and Rojas inherits a roster that carries win-now expectations after two-straight disappointing campaigns. The stakes are lofty for all involved, including GM Brodie Van Wagenen and his front office, with an ownership change on the horizon.