9:32am: Atkins’ contract begins at the end of this season, so it covers the 2022-26 campaigns, Shi Davidi of Sportsnet tweets. He’s now signed one year longer than Shapiro.

8:37am: The Blue Jays announced Wednesday that they’ve signed general manager Ross Atkins to a five-year extension. The exact length of Atkins’ prior contract wasn’t publicly known, though he last inked an extension in June 2019. This new five-year pact lends some clarity to his contractual status and cements that Atkins and president Mark Shapiro, who was extended through the 2025 season earlier this year, will continue to head up Blue Jays operations for the foreseeable future. 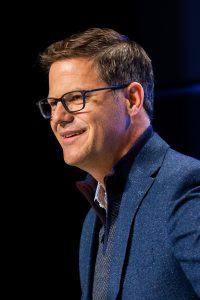 Originally hired as the team’s general manager in Dec. 2015, Atkins has spent the past five years heading up Toronto’s baseball operations department. There were some lean years for the Jays from 2017-19 as Atkins, Shapiro and their front office team turned over the farm system and worked to compile a core upon which they could build. The Jays currently have the game’s third-best farm system, according to both Baseball America and The Athletic. The fruits of those efforts to restock the farm already began to manifest in 2020, when the Jays nabbed a playoff spot in last year’s expanded field.

With the likes of Bo Bichette, Vladimir Guerrero Jr., Cavan Biggio, Lourdes Gurriel Jr. and Teoscar Hernandez all coming together at the big league level, the Jays began supplementing that core on the free-agent market heading into the 2020 season. Hyun Jin Ryu inked a four-year, $80MM deal to head up a rotation that had vaunted pitching prospect Nate Pearson on the horizon, and the Jays made a larger splash this past offseason when they inked George Springer to the largest deal in franchise history: a six-year, $150MM contract.

Some of the current roster — Guerrero, Rowdy Tellez, Danny Jansen — was acquired prior to the hiring of Atkins. As is the case with most front-office shuffles, there’s some groundwork laid by the prior group that continues to shape the long-term direction of the club and some continuity from regime to regime. Tony LaCava, for instance, was an assistant GM under Alex Anthopoulos and still holds a key position (senior vice president of player personnel) in the current group.

Acquiring Hernandez from the Astros in exchange for Francisco Liriano is likely the most notable success on the trade market under Atkins, while key international signings like Gurriel and Alejandro Kirk have begun to provide value at the MLB level as well. Time will tell whether the investment in Springer proves fruitful, but the Ryu investment has paid off so far and it’s hard to fault a one-year pact for a player of Marcus Semien’s caliber. There have certainly been missteps along the way — the Randal Grichuk trade worked out nicely; his extension did not — but Atkins has clearly commanded the confidence of ownership and is now being rewarded with a lengthy extension for his efforts.

For all of the Jays’ recent spending, the affordable nature of their young core gives them the flexibility to continue being aggressive on the market next winter. There was a clear stopping point this winter, as the Jays cooled their spending despite some a relatively questionable rotation composition. But the Jays only have about $65MM committed to the 2022 roster at present, and the only sizable arbitration raises on the docket figure to be Hernandez (who’ll get a bump from this year’s $4.325MM salary) and Guerrero (who’ll be arb-eligible for the first time).

The Blue Jays aren’t considered division favorites in 2021, but they have one of the game’s top farm systems, a promising core of controllable young big leaguers upon which to build, and considerable payroll flexibility heading into a historically strong class of free agents next winter. The future looks bright.