4:08pm: The A's are sending $2MM to the Rockies, tweets Jon Heyman of CBS Sports.

3:44pm: The A's are sending some cash to the Rockies in the trade as well, tweets MLB.com's Jane Lee.

3:32pm: The Rockies have acquired left-hander Brett Anderson from the A's in exchange for left-hander Drew Pomeranz and right-hander Chris Jensen, according to Ken Rosenthal of FOX Sports (on Twitter). 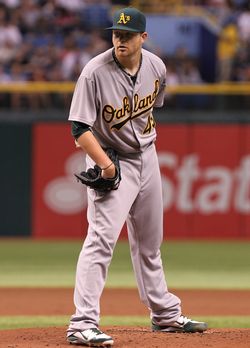 The A's exercised his $8MM option anyway, believing him to be capable of exceeding that value in 2014, whether in Oakland or with aother team. Though he's totaled just 163 innings over the past three seasons combined, Anderson's talent and youth make him a solid buy-low for the Rockies to slot in behind Jorge De La Rosa, Jhoulys Chacin and Tyler Chatwood.