While some prominent names remain available, the free agent market is relatively settled at this point. (Click here to see who is left.) It would be surprising to see more than a few additional guaranteed MLB deals.

Given that, it seems like a good time to break down what each club has spent. You'll notice also that this provides some update on the total spending figures that I most recently calculated in late January. The total spend has now surpassed $2B. Unlike that post, I'll keep it simple and just give you the numbers today. 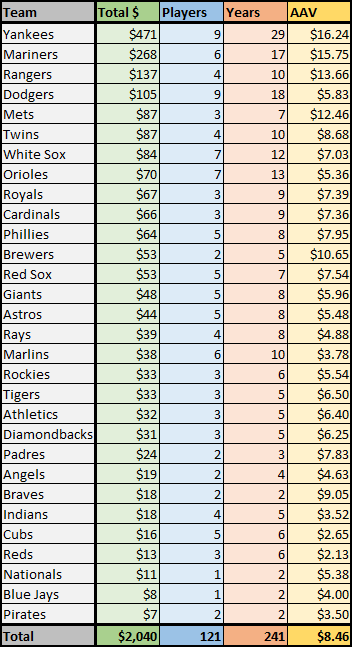 And in chart form (click image for full size): 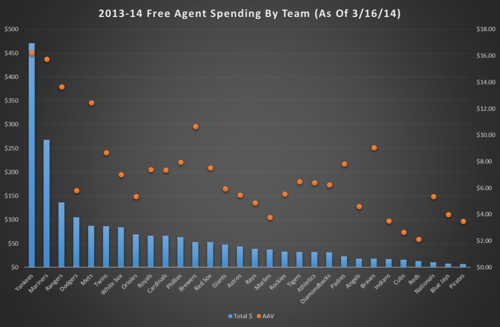