Register
Login
Go To Pro Hockey Rumors
Go To Hoops Rumors
After somewhat quietly spending over a hundred million dollars in free agency, and not so quietly committing about double that to extend their best pitcher, the Dodgers return a high-priced, star-studded team that will be disappointed with anything less than a championship.

Notable Minor League Signings
Extensions
Trades and Claims
Notable Losses
Needs Addressed
After the ownership change, massive spending, and public attention on the game's apparent new force, the Dodgers had a mandate going into this offseason: lock down homegrown ace Clayton Kershaw. GM Ned Colletti got it done, signing the big lefty to a record-setting pact that will keep him in Los Angeles through his age-32 season … at least, unless he opts out two years prior to gain a chance at another massive payday. Either way, the Dodgers avoided the scenario (however unlikely) of losing one of the game's very best players after the upcoming season. 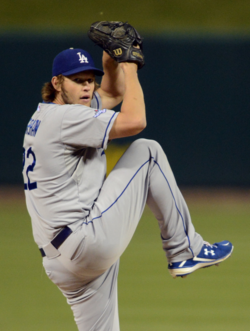