FRIDAY: Banister’s contract is a three-year deal with a club option for a fourth season, reports Jeff Wilson of the Fort Worth Star-Telegram (Twitter link).

THURSDAY, 6:03pm: The Rangers have announced the hiring.

10:34am: The Rangers will hire Pirates bench coach Jeff Banister as their next manager, according to Ken Rosenthal of FOX Sports (Twitter link). 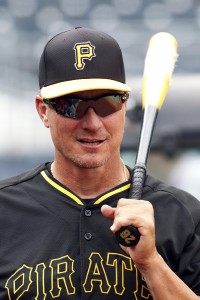 Banister’s hiring will be bittersweet for the Pirates organization, as while they’re undoubtedly happy to see him receive the opportunity, the hiring will also bring to a close a tenure with Pittsburgh that has lasted 29 seasons. Banister was a 25th-round draft pick by the Bucs in 1986 and spent seven years with them as a minor leaguer (he also received one plate appearance in the Majors in 1991). Banister managed for five seasons in the minors with Pittsburgh and has also spent three seasons as the Major Legaue field coordinator and eight as a minor league field coordinator. He was named the team’s bench coach in 2010 and also served as an interim pitching coach in 2008.

Last year, Tyler Kepner of the New York Times penned an excellent article on Banister’s extraordinary journey to his then-position with the Pirates. A bone cancer survivor in high school, Banister underwent seven operations on his left ankle. As a junior college player in his native Texas, Banister got behind the plate on a day he was not scheduled to catch because a Yankees scout was on-hand to watch him. Tragedy ensued, as Banister was left paralyzed from the neck down following a home-plate collision. He underwent spinal surgery and lost nearly 90 pounds before leaving the hospital, but he recovered, returned to the field after a year and ended up being selected in the 25th round of the ’86 draft.