JAN 20: Detroit has announced the signing.

JAN. 18: While many expected the Tigers to be finished with their offseason spending, owner Mike Ilitch reminded naysayers on Monday evening to never count the Tigers out of the free-agent market, as Detroit reportedly agreed to a six-year, $132.75MM with free-agent outfielder Justin Upton. The 28-year-old Reynolds Sports Management client will reportedly receive an opt-out clause after the second year of the deal, which is said to pay him an evenly distributed $22.125MM per year. Upton also reportedly secured a partial (twenty-team) no-trade clause in the deal, which does not contain any deferred money, unlike some of the other major deals signed this offseason and in recent years. 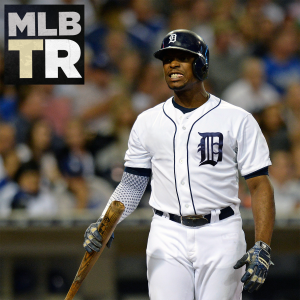 Upton will join what was an already imposing middle-of-the-order grouping in Detroit, adding another right-handed bat to join the likes of Miguel Cabrera, J.D. Martinez, Ian Kinsler and the switch-hitting Victor Martinez. That quintet should give opposing left-handed pitcher fits, though each is plenty formidable against right-handed pitching as well. Across the past three years, which he’s split between the Braves and Padres, Upton has batted .262/.344/.470 and averaged 27 home runs per season. While he’s not a standout defensive player in the outfield, he’s a solid enough defender in left field, where Ultimate Zone Rating pegged him at +2 runs and Defensive Runs Saved valued him at +8 in 2015. His addition should lead to either a Cameron Maybin/Anthony Gose platoon in center field or an outfield alignment of Upton-Maybin-Martinez (J.D., that is), with Gose serving as a fourth outfielder. His signing and the presence of Martinez on the other corner have effectively blocked prospects Tyler Collins and Steven Moya for the foreseeable future.

By signing Upton, the Tigers will surrender their second draft pick of the offseason. Detroit’s No. 9 overall selection is protected under the collective bargaining agreement, but the team already parted with its second-round pick to add right-hander Jordan Zimmermann to the rotation, so they’ll forfeit their third-round pick — currently projected to be the 85th in the draft, per Baseball America — to sign Upton. The Padres, who extended a qualifying offer to Upton that was ultimately rejected, will receive a compensatory pick between at the end of the first round of the 2016 draft.

Of course, the addition of Upton is not without long-term payroll ramifications. While there’s every possibility that Upton will opt out of the contract in two years’ time (assuming that he is healthy and productive from 2016-17), there’s also the risk that his production declines or injuries lead to him opting into the remaining four years. Considering the fact that the Tigers owe Cabrera $218MM through 2023, Verlander $112MM through 2019, Zimmermann $110MM through 2020 and Victor Martinez $54MM through 2018, Upton’s contract adds another risk-laden deal to the ledger in the name of present-day winning. Those payroll concerns are likely a large part of the reason that GM Al Avila said earlier this offseason that further outfield additions (and, in fact, significant additions in general) were largely unlikely. However, owner Mike Ilitch has long been one of baseball’s freest spenders, and he candidly told the media following Zimmermann’s press conference that he “doesn’t care” about spending money. It’s quite possible — especially considering the potential luxury tax ramifications it carries — that this contract is more of an ownership decision than one from the club’s top baseball operations decision-makers.

By my crude calculations, the Upton signing will push the Tigers to just shy of $176MM worth of luxury-tax considerations in terms of only the team’s guaranteed contracts. With arbitration-eligible players not even factored into that equation, it seems quite likely that Detroit will incur penalties, which, as FOX’s Ken Rosenthal notes (on Twitter), would mean a 17.5 percent tax on every dollar over $189MM as a first-time offender of the luxury tax penalty.

Risk aside, the Tigers’ lineup is now among baseball’s most formidable collections of hitters, though it’s admittedly a right-leaning bunch. Upton is a lifetime .271/.352/.473 hitter, and while he has yet to develop into the consistent superstar-level performer that many forecast in his prospect days, he’s a consistent three- to four-win player, depending on one’s preferred version of WAR, and arguably has some upside remaining in the tank. Upton, after all, posted an enormous .289/.369/.529 batting line with 31 home runs back in 2011, and while that season did come in Arizona’s hitter-friendly Chase Field, he’s still young enough that it’s not out of the question for him to replicate that level of production. Even if his offense is more commensurate with his career batting line or his post-2011 production, however, Upton’s age makes him a likely candidate to maintain his status as a well-above-average bat in his new environs.

The Upton contract figures to be the final significant piece for the Tigers this offseason. Added to the signings of Zimmermann (five years, $110MM), Mike Pelfrey (two years, $16MM), Mark Lowe (two years, $11MM), Mike Aviles (one year, $2MM) and Jarrod Saltalamacchia (one year, $507.5K), that makes a total of $270.26MM spent on free agents alone, to say nothing of the guaranteed payroll added in trades to acquire Francisco Rodriguez ($9.5MM), Justin Wilson ($1.525MM) and Maybin ($5.5MM). All told, the Tigers have spent a staggering $288.78MM on upgrades to their roster this season.

As for Upton, he’ll receive a sizable guaranteed payday which, while coming up a bit short of the $147MM projected by MLBTR at the onset of free agency, also includes a highly valuable opt-out clause that allows him to re-enter the open market heading into his age-30 campaign. At that point, Upton could be in line for a similar or even greater amount to the guarantee he just received — particularly if either the market or his bat takes a notable step forward — while having already banked $44.25MM in his two years with the Tigers. In examining the rash of opt-out clauses that have been given out this winter — Upton joins Jason Heyward, David Price, Johnny Cueto, Scott Kazmir, Wei-Yin Chen and Ian Kennedy as players to receive an opt-out provision — MLBTR contributor Matt Swartz estimated that such clauses could carry a theoretical monetary value as high as $20MM. Suffice it to say, suggestions that Upton may ultimately need to settle for a one-year deal (or any form of short-term pact) proved to be something of an overreaction to his quiet market. The sizable deal serves as a reminder that free agents of this caliber will nearly always get paid, even if their market isn’t apparent (a concept Jeff Todd an I discussed on last week’s MLBTR Podcast, in which we noted Detroit as a possible landing spot for a high-priced outfielder). While the temptation to say that this signing further shrinks the market for Yoenis Cespedes certainly exists, I’d counter by saying that Upton’s deal should suggest that eventually, Cespedes will get the long-term deal he seeks, even if his ultimate landing spot doesn’t currently appear to be an ideal fit.