FEB. 4: The Blue Jays have reached an agreement with right-handed reliever Joe Smith on a one-year Major League deal, according to Ken Rosenthal of FOX Sports.  The signing, should it become official, will require a 40-man roster move by Toronto.  Smith is represented by Excel Sports Management. 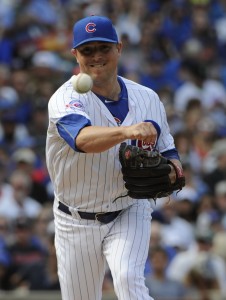 Early in the 2016 season, Smith became the top man in the Angels’ bullpen when Huston Street went down with an oblique injury.  However, Smith hit the DL himself in June with a hamstring injury.  Shortly after his return, he was dealt to the Cubs at the trade deadline.  Smith’s time with the Cubs was particularly brief due to a recurrence of the hamstring injury, and he was left off the team’s playoff roster.

The Jays’ contract with Smith comes on the heels of a one-year pact signed with lefty J.P. Howell on Tuesday.  Howell will fill the role of the departed Brett Cecil, who signed a four-year deal with the Cardinals.  Holdovers in the Blue Jays’ bullpen include Roberto Osuna, Joe Biagini, and Jason Grilli.

With pitchers and catchers reporting in a week for some teams, free agent relievers Joe Blanton, Travis Wood, and David Hernandez are among those still looking for a home.