4:55pm: Red Sox president of baseball operations Dave Dombrowski tells MLB.com’s Ian Browne that Phillips will spend some time at the team’s spring complex in Florida getting into playing shape before reporting to Triple-A Pawtucket (Twitter links). Notably, the organization doesn’t view him solely as a second baseman, as Dombrowski notes that Phillips “can play a number of positions.” Ken Rosenthal of The Athletic, meanwhile, tweets that Phillips will actually be playing third base in Pawtucket when he gets there.

3:45pm: The Red Sox announced Wednesday that they’ve agreed to a minor league contract with veteran infielder Brandon Phillips. The longtime Reds second baseman had not signed with a team since the end of the 2017 season, so he’ll assuredly require some time to ramp up in the minors before he can be considered an option to join the big league club. Phillips is represented by ACES. 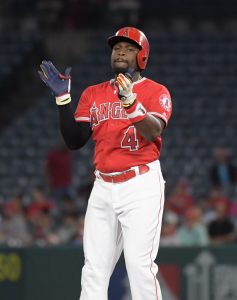 Second base has been an issue for the Red Sox all season, as they’ve been without Dustin Pedroia nearly all year following offseason knee surgery. Pedroia did return briefly, suiting up for three games before landing back on the DL with inflammation and discomfort in his surgically repaired knee. Eduardo Nunez has shouldered the bulk of the workload at second base this season in lieu of Pedroia, but he’s struggled mightily, hitting just .253/.284/.350 through 272 plate appearances to date.

Phillips, who’ll turn 37 tomorrow, isn’t the player he was during his peak, when he hit .280/.330/.449 with outstanding defense and above-average baserunning from 2007-12. That said, the three-time All-Star still posted a quite respectable .285/.319/.416 slash in 604 plate appearances between the Braves and Angels last season, delivering 13 homers and 11 steals.

Phillips is a four-time Gold Glover, but his defensive ratings dipped in 2016-17, with both Ultimate Zone Rating and Defensive Runs Saved providing a negative valuation of his glovework. He’s also been inefficient on the bases, as evidenced by a 25-for-41 success rate (61 percent) in stolen-base attempts over the past two seasons. Still, he’ll bring some valuable depth to an area of weakness for a Red Sox club that still doesn’t know when, or perhaps even if, Pedroia will return to the Major League roster.