DECEMBER 11, 3:23pm: There’s a deal in place pending a physical, per MLB.com’s Mark Feinsand (Twitter link). It guarantees $3MM, per Sherman (via Twitter), with up to $7MM in possible incentives.

3:09pm: The Mets are “working hard to finalize” a contract with righty Michael Wacha, according to Joel Sherman of the New York Post (via Twitter). If completed, it’ll be for a one-year term; financials have yet to be reported. 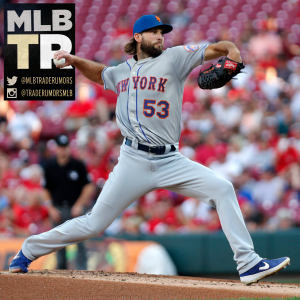 If this deal is wrapped up, Wacha would presumably round out the New York starting five. He’d also become the latest client of CAA — the former outfit of Mets GM Brodie Van Wagenen — to join the New York organization.

It’s interesting to see Wacha heading in on a bounceback arrangement as Zack Wheeler departs with a huge contract. It wasn’t long ago that the former was seen as a major free agent target of the future, while the latter’s career was in limbo owing to health reasons.

Now, it’s Wacha who is trying to prove he can stay healthy and restore his former effectiveness. The former first-round pick has had some peaks to go with the valleys in recent years, but hasn’t looked like the budding young staff he was in 2013-15.

Last season, Wacha turned in a 4.76 ERA with 7.4 K/9 and 3.9 BB/9 over 126 2/3 innings. With balls flying out of the yard at a rate of 1.8 per nine, he was ultimately demoted to the bullpen. Wacha ended up averaging a career-low 93.4 mph with his fastball, though that’s only one tick off from his overall career average.

It’s tough to say just how much upside Wacha offers at this stage. He was able to stay on the mound for most of 2019 but hasn’t been as effective as he was before shoulder and back issues began to crop up. Statcast numbers don’t offer much in the way of encouragement; if anything, they suggest his strong ’18 output (3.20 ERA in 84 1/3 innings) was based upon some good fortune (.249 BABIP-against, .286 wOBA vs. .350 xwOBA). Still, it’s awfully tempting to dream on a powerhouse Mets rotation if Wacha and Steven Matz are able to turn in healthy and productive campaigns.