11:45am: The two teams have announced the trade.

11:02am: The Athletics and Dodgers are in agreement on a trade that’ll sent lefty Adam Kolarek and minor league outfielder Cody Thomas from L.A. to Oakland in exchange for infielder Sheldon Neuse and minor league righty Gus Varland, ESPN’s Jeff Passan reports (via Twitter). 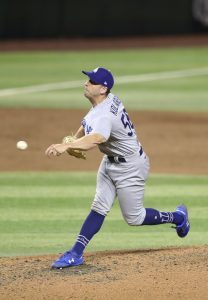 Kolarek, 32, will be an immediate boost to an Oakland bullpen that has lost Liam Hendriks and Joakim Soria this winter and could yet lose Yusmeiro Petit (still a free agent) as well. Kolarek has emerged a ground-ball specialist capable of utterly overwhelming left-handed hitters in recent years, pitching to a combined 3.07 ERA and 3.61 SIERA with a below-average 17.4 percent strikeout rate but strong walk (5.7) and ground-ball (63.3) percentages. He’s controllable for four seasons and won’t be eligible for arbitration until next winter, so he’s a cost-efficient add for an A’s team that has aggressively slashed payroll this winter while eschewing any real expenditures. 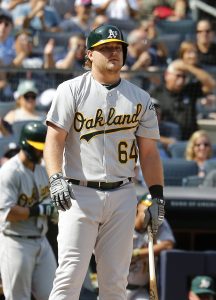 Neuse has seen some time at second base, but his best position is probably third base, which left him blocked by Matt Chapman in Oakland. His presence gives the Dodgers something of a fallback option in the event that Justin Turner ultimately decides to sign elsewhere, but it’s unlikely that Neuse’s acquisition in any way closes the door on a reunion with Turner. Neuse has a pair of minor league options remaining, making him the type of depth the Dodgers tend to stockpile: a formerly high draft pick who’s a bit old to be a prospect now but has some defensive versatility and a solid upper-minors track record at the plate.

Turning to the minor league pieces in the swap, the A’s will acquire Thomas, a 26-year-old corner outfielder with plenty of power but some swing-and-miss tendencies that limit his overall upside t the plate. The former 13th-round pick hit .236/.308/.443 (108 wRC+) in a Double-A environment that proved to be a hitters’ wasteland in 2019 and batted .285/.355/.497 a year prior in Class-A Advanced.

Thomas went unselected in this year’s Rule 5 Draft, illustrating that he’s far from a premium prospect, but he’s a near-MLB bat with a career .219 ISO (slugging minus average) in the minors. It’s conceivable that he could emerge as a big league option in 2021-22.

Varland, 24, was the Athletics’ fourth-round pick back in 2018 and still has just 64 1/3 professional innings under his belt. He didn’t rank prominently among Oakland’s top prospects, though Eric Longenhagen of FanGraphs gives him the potential for an above-average heater and slider — albeit with work to do in terms of control and improvement of a third pitch. Varland pitched just 26 1/3 innings at the Class-A Advanced level in 2019, working to a 2.39 ERA and 4.00 FIP with a 27-to-8 K/BB ratio and 37 percent ground-ball rate.