The Cardinals have fired manager Mike Shildt, as first reported by Rob Rains of StLSportsPage (Twitter link). At a press conference announcing the news, St. Louis president of baseball operations John Mozeliak told reporters (including Jeff Passan of ESPN) the organization made the decision based on “philosophical differences” between Shildt and the front office about the direction of the franchise. 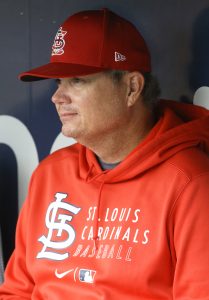 It’s a shocking development, since there was no prior indication Shildt’s job was in jeopardy. Indeed, the broader expectation as recently as last week had been that Shildt and the team would try to work out a contract extension, with his current deal running only through the 2022 season. Instead, the Cardinals will go in another direction in spite of the club’s strong run of play during Shildt’s tenure.

Today’s announcement concludes Shildt’s nearly two decades in the Cardinal organization. The 53-year-old began his career as a scout and minor league coach in the St. Louis system in the early 2000’s, steadily working his way up the organizational ladder. By 2017, he’d earned a spot on the big league coaching staff, and he took over as the major league manager on an interim basis in July 2018 when the club fired Mike Matheny. The team removed the interim tag a month later.

St. Louis won the NL Central and advanced to the NLCS in 2019, Shildt’s first full season at the helm. They finished in second place and lost in the Wild Card round during last year’s shortened season. This year, the Cardinals hovered right around .500 for the first few months before rattling off a miraculous 17-game win streak in September to coast to a Wild Card spot. St. Louis lost to the Dodgers in last week’s Wild Card game and ultimately won just one playoff series during Shildt’s tenure, but the club advanced to the playoffs all three years in which he was at the helm.

While there’s little to quibble with from a results perspective, the front office clearly determined a new voice was needed behind the scenes. While announcing the news, Mozeliak noted that the Cardinals believe they have “quality internal candidates” who could be options to step into the manager’s office, although he declined additional comment when asked whether the team planned to stay internal or look outside the organization for Shildt’s replacement (via Chelsea Janes of the Washington Post). Mozeliak added that he hoped the rest of the coaching staff would return in 2022, although that’s yet to be determined.

Given the Cardinals’ success under Shildt, it wouldn’t be a surprise to see him land another coaching or managerial position elsewhere in the near future. He was named the National League’s manager of the year in 2019 and his teams posted a 252-199 record (55.9% winning percentage) over the past three-plus seasons.

The Cardinals become the third team looking for a new manager this offseason. The Padres fired Jayce Tingler a few days after the end of the regular season, while the Mets announced they would not pick up their 2022 option on skipper Luis Rojas.