The Giants and Pablo Sandoval have agreed to a three-year extension, Henry Schulman of the San Francisco Chronicle tweets. The deal is worth $17.15MM plus incentives, Andrew Baggarly of the San Jose Mercury News tweets. Morgan Advisory Group represents the 25-year-old third baseman. 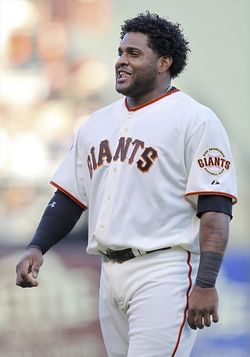 Sandoval, who was arbitration eligible for the first time this offseason, had a projected $3.2MM salary for 2012 and would have been in line for raises in 2013 and 2014 via the arbitration process. The deal doesn't delay his free agency — he's still on track to hit the open market after the 2014 season.