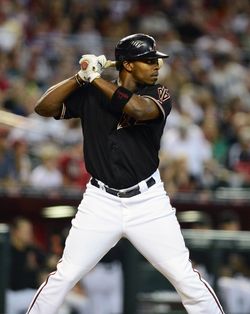 The Braves now have a new-look outfield that will also feature B.J. Upton and Jason Heyward. Justin's older brother signed with Atlanta as a free agent earlier in the offseason, agreeing to a five-year, $75.2MM contract. GM Frank Wren added balance to what had previously been a lefty-heavy lineup by acquiring the right-handed hitting Upton brothers.

There are now three years and $38.5MM remaining on Upton's contract, including a $9.75MM salary in 2013. The contract includes a no-trade list which allows him to block trades to the Red Sox, Cubs, Blue Jays and Mariners. He exercised his no-trade rights earlier in the winter, blocking a proposed trade that would have sent him to Seattle.

Prado has provided the Braves with versatility on defense and steady offensive production in recent years. He posted a .301/.359/.438 batting line in 690 plate appearances in 2012 while playing five positions. Though Prado was Atlanta's primary left fielder, he played at least ten games at second base, shortstop and third base.

The 29-year-old is arbitration eligible for the third time this winter. He asked for $7.05MM with the Braves, a file and trial team, offering $6.65MM, as MLBTR's Arbitration Tracker shows. The Braves were willing to trade Prado once they learned that his asking price on a multiyear deal was $11-12MM, David O'Brien of the Atlanta Journal-Constitution reports (on Twitter). Prado, a client of The Legacy Agency, remains on track to hit free agency following the 2013 season.

As a consequence of the trade, Johnson and Juan Francisco project as Atlanta's primary third basemen. The Braves plan to use the pair in a platoon at third, O'Brien reports (on Twitter). The trade will also take Atlanta out of the running for center fielder Michael Bourn and other free agent outfielders.

Meanwhile, the Diamondbacks still have considerable outfield depth. Cody Ross, Jason Kubel, Gerardo Parra and Adam Eaton provide Arizona manager Kirk Gibson with various options, even without Upton, who had been the team's primary right fielder since 2008. Prado figures to play at third base in Arizona given the team's crowded outfield and the departure of Johnson.

Teams such as the Orioles that had interest in trading for Kubel will now have to look elsewhere for offense. Though Arizona GM Kevin Towers was willing to listen to offers on Upton and Kubel, there's no indication he'd actually trade both players.

Upton drew interest from multiple MLB teams this offseason, as the Diamondbacks were evidently listening to trade offers. The Rangers, one of Upton's many suitors, offered Mike Olt in a trade, but did not include right-hander Cody Buckel in their proposal, Yahoo's Jeff Passan reports (on Twitter).

Ahmed, 22, played at Class A this past season in his second year as a professional. The 2011 second rounder posted a .269/.337/.391 batting line in 571 plate appearances. Baseball America named him the best defensive infielder in Atlanta's minor league system.