3:50pm: Thornton will earn $3.5MM in each year of the deal, and his contract does not contain any bonuses, according to Joel Sherman of the New York Post (on Twitter).

3:15pm: More than three weeks after the initial agreement was reached, the Yankees have officially announced their two-year deal with left-hander Matt Thornton. The longtime White Sox hurler will reportedly receive a $7MM guarantee. Thornton is represented by Diamond Sports Management. 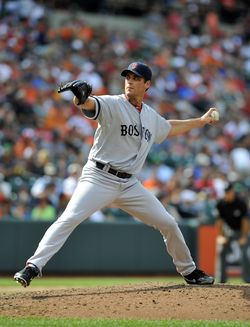 The Yankees were in need of a lefty reliever after losing Boone Logan to free agency. Logan inked a three-year, $16.5MM contract with the Rockies, meaning the Yankees were able to secure his presumable replacement for less than half the price. The Yankees' bullpen will have a new look to it in 2014, with David Robertson currently in line to take the ninth-inning reins from Mariano Rivera and the departures of Logan and Joba Chamberlain.