The Blue Jays have announced the hiring of Ben Cherington as vice president of baseball operations, as Shi Davidi of Sportsnet.ca first reported. Cherington was speaking with other organizations about other roles before deciding to head to Toronto, per the report. 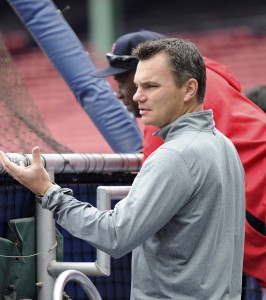 Blue Jays president Mark Shapiro has been hard at work revamping his team’s front office, and he’s now set to hire a familiar face. Cherington is best known for his time as the Red Sox general manager, but got his start in baseball under Shapiro when the latter was in charge of the Indians.

Ross Atkins is already in place as the Toronto GM — he’s also an executive VP — and he won’t be supplanted. Instead, Cherington will “work closely” with player development director Gil Kim and report to Atkins, the team says. The “emphasis” will be on the player development side, Davidi writes.

There were both successes and failures for Cherington during his time at the helm of the powerful Boston organization. He helped deliver a World Series after taking over for Theo Epstein before the 2012 campaign, but also oversaw some disappointing seasons. Cherington decided to leave the organization after it hired Dave Dombrowski as president of baseball operations in the middle of 2015 and has not worked for another team since — instead serving as an “executive in residence” at Columbia University.

Cherington still commands broad respect around the game, making him an intriguing addition for the Jays. It doesn’t hurt that some of the seemingly poor moves he made with the Red Sox look better at this point than they have in the past. More important, though, are the deals he didn’t make. Players like Mookie Betts, Xander Bogaerts, and Jackie Bradley Jr. were often mentioned as trade candidates in years past, but they are now providing immense value to the Sox. Cherington’s ability to assess and develop young talent will no doubt provide an asset to his new club.