1:38PM: Holland earns $6MM in salary and there is a $1MM buyout of his 2018 option, FanRag Sports’ Jon Heyman reports (Twitter links).  If Holland either pitches in 50 games or finishes 30 games this season, the option vests into a $15MM player option for 2018 that Holland can either accept or reject in search of a larger multi-year deal on the open market.  If the option doesn’t vest, it turns into a $10MM mutual option for 2018 that contains another $8MM in incentives.

9:55AM: The Rockies have landed one of the offseason’s most sought-after bullpen arms, as the club officially announced its one-year deal with right-hander Greg Holland.  The contract also contains a vesting option for the 2018 season.  Holland is represented by the Boras Corporation.

Holland will earn $7MM in guaranteed money in 2017, though he can earn substantially more in incentives that vary based on his role with the Rockies.  Holland has $3MM worth of non-closing incentives in his contract and can earn up to $14MM next season if he serves as the Rockies’ closer. Presumably, the non-closing incentives are based on factors such as innings pitched and appearances, and the deal also contains bonuses for games finished. 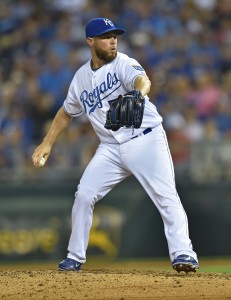 A year later, when the Royals won the World Series, Holland watched from the dugout following his operation. He’d pitched to a 3.83 ERA with 9.9 K/9 and 5.2 BB/9 in 44 2/3 innings prior to going under the knife. Incredibly, at the time Holland’s injury was reported to the public, manager Ned Yost suggested that Holland had unknowingly suffered a tear of some degree in his UCL back in Aug. 2014, which would mean he pitched the entire 2015 campaign with a tear in the elbow. The Royals reportedly recommended medical examination on numerous occasions, though Holland declined. Presumably, the tear was minimal in nature at first, but it progressed to the point where it was termed a “significant” tear by the tail end of the 2015 season.

If Holland passes the Rockies’ physical, he’ll add to what’s been an active offseason for Rockies GM Jeff Bridich and the rest of the Colorado front office. Colorado has clearly been operating in a win-now capacity, as evidenced by the team’s signing of Ian Desmond to a five-year, $70MM contract (which cost them the No. 11 overall pick in the upcoming draft) and the addition of lefty Mike Dunn on a three-year, $19MM deal.

With the Rockies, Holland would likely be the favorite to pitch the ninth inning, though he’ll presumably have to prove healthy and effective enough to push past incumbent candidate Adam Ottavino. That duo and the newly signed Dunn will pair with holdovers Jake McGee, Jason Motte and Chad Qualls to comprise the relief corps for first-year Rockies manager Bud Black. Also in the mix for ’pen jobs in Denver will be lefty Chris Rusin and right-handers Jordan Lyles, Carlos Estevez and Miguel Castro.

While the addition of Holland certainly doesn’t make the Rockies an immediate contender, the team’s offseason maneuverings have improved the 2017 outlook. Not only will Desmond and Holland be bolstering the lineup and the pitching staff, but the Rox will receive full seasons from sophomores David Dahl, Trevor Story and Tyler Anderson, each of whom impressed in their rookie efforts this past season. Beyond that, it’s certainly plausible that emerging rotation leader Jon Gray will take another step forward, and the Rox have an intriguing blend of young and veteran arms to round out the rotation. That group includes Chad Bettis, Tyler Chatwood, German Marquez and Jeff Hoffman.

Holland was linked to about two-thirds of the league early in the offseason, but the number of teams interested in his services began to narrow over the course of the past few weeks. Most recently, the Rockies, Nationals and a yet-unreported “mystery” team were believed to be the three most serious suitors for Holland’s services. With Holland off the board, the Nationals will presumably have to look elsewhere to add an experienced arm to their ninth-inning mix.

Yahoo Sports’ Jeff Passan (Twitter link) was the first to report that the two sides were in agreement, with FanRag Sports’ Jon Heyman tweeting earlier in the day that Holland and the Rockies were closing in on a deal.  Passan also reported the financial details about the contract’s guaranteed money and the available incentives.