With the regular season on the verge of ending and free agency just over a month away, this is a good time to check in on how the majors’ largest expiring contracts have panned out. We’ll start with five pitchers whose deals have guaranteed them at least $40MM. Keep in mind that the list doesn’t include players with opt-out clauses or those with club options that’ll likely be exercised… 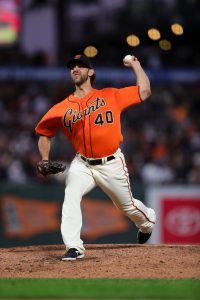