9:18am: The Pirates have announced Huntington’s dismissal.

“I greatly appreciate Neal’s dedication to the Pirates organization and our city over the past 12 seasons,” owner Bob Nutting said in a press release. “His time with the Pirates should always be remembered for ending a long stretch of futility and bringing Postseason baseball back to Pittsburgh.”

The Pirates “will pause” their search for a new manager while seeking out a new GM, per Nutting. Assistant general manager Kevan Graves will serve as interim GM while the club looks for a replacement for Huntington.

Mackey further tweets that the decision to move on from Huntington was driven by Nutting (as opposed to incoming president Travis Williams). Nutting informed Huntington of the decision yesterday.

8:15am: The Pirates have already dismissed their manager and two of their coaches in addition to parting ways with team president Frank Coonelly, but they’re not done with changes yet. Jason Mackey of the Pittsburgh Post-Gazette reports that Pittsburgh will also announce the dismissal of general manager Neal Huntington later today (Twitter link).

Huntington, 50, is one of the sport’s longest-tenured executives, having been hired at the conclusion of the 2007 season. His ousting represents perhaps the final step in a total overhaul of the organization that began when manager Clint Hurdle was fired on the final day of the season. Like Hurdle, Huntington had two years remaining on his contract. 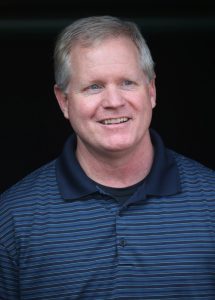 The parallels between Hurdle’s firing and today’s firing of Huntington don’t stop with the pair’s contractual status, however. Both dismissals were preceded by public assertions to the contrary; Hurdle told The Athletic’s Rob Biertempfel that he’d received assurance of his 2020 return just days before being let go, and Huntington is now out the door a month later despite a clear vote of confidence from owner Bob Nutting.

“While we felt it was time to make a change at the managerial level, I strongly believe that Neal Huntington and the leadership team that he has assembled are the right people to continue to lead our baseball operations department,” Nutting said in a press release announcing the decision to move on from Hurdle. The extent to which Huntington’s departure is tied to incoming president Travis Williams isn’t clear, but the move is nevertheless a glaring contradiction to Nutting’s end-of-season assessment of his front office.

That the move comes with the organization’s managerial search now well underway is all the more confusing; one would imagine that an incoming GM would want say over who’s writing out the lineup card on a daily basis, but unless the plan is to put that search on hold, the Pirates are much further along in that process than in the process of naming a new GM. And, presumably, Huntington has been involved in all of the interviews conducted to this point.

Huntington took over the Pirates at a time when Jason Bay, Freddy Sanchez and Adam LaRoche were among the club’s most notable names and ushered in a new era at PNC Park, turning over the roster and developing stars such as Andrew McCutchen, Starling Marte and Gerrit Cole. But despite qualifying for three consecutive postseasons (2013-15), Huntington and his staff never saw the club win an NL Central title or advance beyond the National League Division series. It’s now been four full seasons since the Pirates’ last playoff berth, and the 2019 season was a particularly disheartening year. Pittsburgh finished with a 69-93 record, falling to last place in the division.

There’s been no shortage of criticism over recent moves made by the Pirates, with the trade that brought right-hander Chris Archer to Pittsburgh among the more widely panned deals in recent memory. Huntington agreed to part with longtime top prospects Austin Meadows and Tyler Glasnow in addition to highly regarded pitching prospect Shane Baz. The move was designed to bring an affordable, high-end starter with three-and-a-half seasons of club control to Pittsburgh, but Archer has struggled in the Steel City while Glasnow and Meadows now look like foundational pieces for the Tampa Bay organization.

Of course, the very fact that Archer is so affordable could very well be what prompted him to hold such appeal to Huntington and his staff in the first place. Pirates ownership has only thrice green-lighted a payroll north of $90MM, constantly leaving the front office scrambling to find bargains and patch together rosters with rebound candidates and the leftovers of the free-agent market. Without the type of annual payroll constraints they face, perhaps Huntington & Co. wouldn’t have been so drawn to Archer in the first place. There’s no way to know for sure, however, and the end result still speaks loudest of all.

Other recent moves have been more of a mixed bag. The trade that sent McCutchen to San Francisco brought Rookie of the Year candidate Bryan Reynolds and reliever Kyle Crick to Pittsburgh. The trade of Cole to Houston in that same 2017-18 offseason netted six years of a useful rotation piece in Joe Musgrove, but the others in that swap (Colin Moran, Michael Feliz and Jason Martin) have yet to bring much value to the Pirates. As with the Archer trade, finances were a major consideration in both the McCutchen and Cole trades; it was clear at the time of the moves that neither would fit into the Pittsburgh budget any longer despite a lack of additional spending.

Pittsburgh’s reluctance to spend, in fact, was concerning enough to the union that the MLBPA brought their concerns to the Commissioner’s Office and requested an investigation of how the team allotted its funds from revenue sharing. The league responded with a statement that it had no such concerns regarding the Pirates organization.

Such payroll restrictions will persist for whoever is hired to run the club’s baseball operations outfit moving forward. Owner Bob Nutting has never indicated any plans to sell the team. The Pirates recently extended their television contract with AT&T SportsNet, but terms of the deal remain unclear. Their previous agreement was one of the least-lucrative contracts in the game, though, and whatever increases in annual rights fees are included in the new deal will be baked into the contract in the form of gradual increases. In other words, a payroll hike in the near future doesn’t seem likely.

To the contrary, it feels more likely that the Bucs will instead be looking to shed payroll this winter. As I noted in previewing the club’s offseason a few days ago, this seems like the ideal time to market Marte to other clubs, and it’s worth wondering whether the Pirates would look to deal Archer as well after a disappointing season and a half (and with an increase in his salary looming). Problematic setup man Keone Kela is also a candidate to be shipped out.

All of those roster decisions will be at the forefront of the offseason questions facing whoever takes over Huntington’s now-vacant chair at the PNC Park offices. For the time being, Nutting and Williams will be frantically trying to assemble a new front-office staff and field staff as they look to usher in a new era of Pirates baseball. That process will very likely linger into the offseason, although with the Pirates unlikely to play for any notable free agents anyhow, perhaps a late entry into the market won’t really be an issue.