JAN. 27: The Yankees have made the Kluber signing official.

7:27pm: The Yankees are finalizing a contract with free-agent right-hander Corey Kluber, according to Jeff Passan of ESPN.com (Talkin Jake first reported the deal). Details aren’t known yet. Kluber is a client of Jet Sports Management. 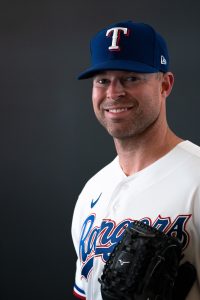 After a couple of quiet months, the Yankees have certainly been active on Friday. Hours before the Kluber news came down, they made major progress toward re-signing star second baseman DJ LeMahieu for six years and $90MM. The 34-year-old Kluber won’t pull in that type of contract, but as a two-time American League Cy Young winner, he’s clearly a high-profile pickup for a Yankees team in need of help in their rotation.

During his peak years in Cleveland from 2014-18, Kluber averaged about 218 innings per season and combined for a stellar 2.85 ERA/2.99 SIERA with a 28.5 percent strikeout rate and a paltry 5.2 percent walk rate. There was no reason to expect a drop-off heading into 2019, but Kluber hasn’t been the same since then. He threw 35 2/3 innings in the first few weeks of that season and was tattooed by opposing offenses, who totaled 23 earned runs on 44 hits and 15 walks (38 strikeouts) against Kluber before he succumbed to a fractured right forearm on May 1. That proved to be Kluber’s final outing with Cleveland, which traded him to the Rangers for reliever Emmanuel Clase and outfielder Delino DeShields in December 2019.

Texas was banking on a rebound effort from Kluber, but it essentially received no contributions from him. He threw just one inning in his first start last season before exiting with shoulder tightness, and Kluber never took the mound again for the Rangers. The Rangers then declined Kluber’s $18MM option for 2021 in favor of a $1MM buyout, making him a free agent. That left Kluber to try to prove to clubs he was back to health, and he made that effort Wednesday with a showcase that the majority of major league teams attended. Kluber’s fastball topped out around 90 mph during that session, down a bit from his typical 91-92 range but not enough to scare away the Yankees.

Now that he’s on his way to the Bronx, Kluber will continue to work with Yankees director of health and performance Eric Cressey, who – as Joel Sherman of the New York Post notes – has been overseeing the former ace’s shoulder rehab. Kluber is also quite familiar with Yankees pitching coach Matt Blake, Cleveland’s ex-pitching coordinator and assistant director of pitching development.

The Yankees entered the offseason facing the potential loss of veteran righty Masahiro Tanaka, who remains a free agent. Reports have indicated the Yankees have not been aggressive in trying to re-sign Tanaka, so Kluber could end up as his replacement. At the moment, he’s a lock to be part of a season-opening rotation led by ace Gerrit Cole. The Yankees should get Luis Severino back from February 2020 Tommy John surgery at some point, though he probably won’t be ready to begin the season. So, barring other acquisitions, Deivi Garcia, Jordan Montgomery, Domingo German, Clarke Schmidt, Michael King and Jhoulys Chacin look as if they’ll be among those vying for starting jobs behind Cole and Kluber during the spring.