The Phillies have signed first baseman Brock Stassi to a minor league contract, per an announcement from the Long Island Ducks of the independent Atlantic League. Stassi had played in thirteen games with the Ducks before earning his way back into the affiliated ranks. He’ll be assigned to Double-A Reading.

Stassi (the older brother of Angels catcher Max Stassi) is most well known for his previous stint with the Phillies. The former 33rd-round pick and six-year minor league veteran broke camp with the Phils in 2017 and picked up fairly regular playing time over the season’s first month. Stassi didn’t produce much in that limited time, hitting just .167/.278/.295 with a pair of homers over ninety plate appearances.

Philadelphia outrighted Stassi off the roster near the end of that season. He’s hooked on with the Giants and Twins in recent years but hasn’t made it back to the big leagues. The 31-year-old has a .264/.364/.403 line in parts of four seasons at Triple-A, and he’s compiled a similar .271/.356/.404 mark at Double-A.

Today’s minor league moves from around baseball, with the newest transactions at the top of the post…

The Twins have released first baseman/outfielder Brock Stassi, per Mike Berardino of the St. Paul Pioneer-Press (via Twitter). His roster spot at Triple-A Rochester will got to just-acquired slugger Chris Carter.

Stassi, 28, crafted a nice story when he earned a roster spot out of camp with the Phillies last year. But he failed to succeed in his first crack at the big leagues, slashing just .167/.278/.295 in his ninety plate appearances. On the positive side, Stassi drew a dozen walks to go with his 22 strikeouts.

The left-handed hitter had wielded quite a productive bat in the upper minors prior to his first taste of the majors. But he fell off badly upon returning to Triple-A last year and has carried that poor performance into 2018. Since signing on with the Minnesota organization, Stassi carries only a .211/.316/.316 slash in 133 plate appearances at the highest level of the minors.

Here are Friday’s minor moves from throughout the league… 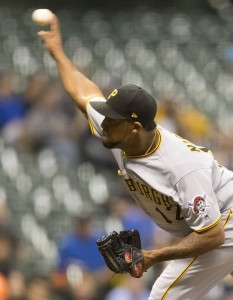 Sunday’s minor moves from around baseball…

We’ll use this post to track any notable 40-man roster additions that crop up as teams settle upon their Opening Day rosters: