Righty Cory Wade was drafted by the Dodgers in the 10th round in 2004 out of Kentucky Wesleyan College “after setting the career record for strikeouts at Indianapolis’ Broad Ripple High,” according to Baseball America.  He broke into the Majors in late April of 2008 as a 24-year-old, tossing a scoreless inning against the Diamondbacks at Dodger Stadium. 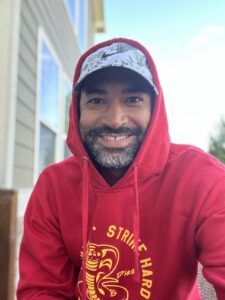 As Wade’s stellar rookie season continued, he gained the trust of manager Joe Torre.  He finished the regular season with a 2.27 ERA in 71 1/3 innings, ranking third among all relievers.  Wade was a key part of the Dodgers’ NLDS sweep of the Cubs in ’08, pitching well out of L.A.’s bullpen in all three games.

Unfortunately, Wade’s Dodgers career was derailed by shoulder surgery.  He battled to get back to the Majors, opting out of a minor league deal with the Rays in the summer of 2011 and signing with the Yankees.  Wade jumped straight into the Yankees’ big league bullpen on June 15th, posting a 2.04 ERA on the season that was bested by only a handful of AL relievers, including pen-mates Mariano Rivera and David Robertson.  Under manager Joe Girardi, Wade once again found himself getting crucial postseason innings, putting up two scoreless against the Tigers in the second game of the ALDS.

Wade moved around after his time with the Yankees, pitching in Triple-A for the Rays, Cubs, Mets, and Royals organizations.  After retiring from pitching, Wade spent nine years as a pro scout for the Padres.  He recently left that job to help start a sports scouting app called ScoutUs Pro.

Despite an average fastball velocity shy of 90 miles per hour, Wade showed impeccable control and wound up as one of the league’s better relievers in his work with both the ’08 Dodgers and ’11 Yankees.  His strikeout victims included Chipper Jones, Bobby Abreu, and Todd Helton.

Cory answered questions from MLBTR readers for over an hour today, touching on topics such as modern baseball analytics, scouting, bouncing back from injuries, and much more.  Check out the transcript here!

If you’re a current or former MLB player and you’d like to host an hour-long chat with our readers, contact us here!  It’s easy and fun!

Here are today's minor moves from around the league…

The Mets have signed Cory Wade to a minor league deal, according to Adam Rubin of ESPNNewYork.com.  The news was first reported by Chris Cotillo of MLBDailyDish.com (via Twitter).

Wade signed a minor league deal with the Rays back in May after being cut loose by the Cubs' Triple-A affiliate.  The 30-year-old enjoyed a drastic turnaround in the Rays organization, pitching to a brilliant 2.17 ERA with 6.0 K/9 and 2.5 BB/9 in 49 1/3 innings of relief for the Durham Bulls.

Wade is represented by Casey Close of Excel Sports Management, as shown in the MLBTR Agency Database.

The Rays have granted right-hander Cory Wade his release from Triple-A Durham upon his request, the team announced on Twitter. He signed a minor league deal with Tampa Bay back in May after struggling through 16 innings with the Cubs' Triple-A affiliate.

The Rays have signed Cory Wade to a minor league contract and assigned him to Triple-A Durham, according to Roger Mooney of the Tampa Tribune (on Twitter). Wade is represented by Casey Close of Excel Sports Management.

The Blue Jays announced that they designated first baseman Mike McDade, infielder Mike McCoy and right-hander Cory Wade for assignment. The move creates roster space for shortstop Ryan Goins and catcher A.J. Jimenez, who were added to the 40-man roster.

McDade, 23, posted a .285/.360/.445 with 17 home runs in the upper minors of Toronto's system this past season. McCoy appeared in 32 games for the Blue Jays, playing every outfield position and every infield position but first base. However, he posted a .482 OPS in 56 plate appearances. Wade, who was claimed from New York last month, had been a non-tender candidate. He had a projected salary of $700K after posting a 6.46 ERA with 8.8 K/9 and 1.8 BB/9 in 39 innings with the Yankees.