The Diamondbacks officially announced that they've extended second baseman Aaron Hill through 2016. The deal is valued at $35MM, according to ESPN.com's Buster Olney, who first reported the agreement (on Twitter). The Legacy Agency represents Hill. 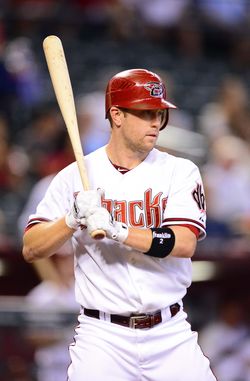 The Diamondbacks acquired Hill from Toronto late in the summer of 2011. The second baseman hit well after joining the Diamondbacks and he continued producing throughout the 2012 season. Hill hit .302/.360/.522 with 26 home runs in 668 plate appearances last year, leading all National League second basemen with 6.2 wins above replacement (per FanGraphs).

Robinson Cano still projects as the top second baseman — and likely the top position player — available in free agency next offseason. While Cano seems poised for a substantially larger deal than Hill, he does gain some leverage today. Teams no longer have Hill as a free agent alternative.