The Indians announced that they have agreed to a two-year contract extension with manager Terry Francona that runs through the 2018 season. Francona’s new contract also contains club options for the 2019 and 2020 seasons. 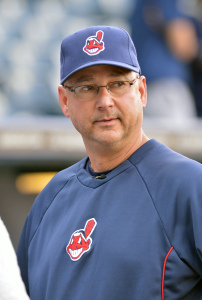 Francona’s previous four-year contract with the Indians ran through the 2016 season, but the Indians will now have as many as four additional years of control should they choose. Francona just wrapped up his second year as Cleveland’s skipper, and in his two years on the job he’d led the team to 92 wins and a Wild Card playoff berth in 2013 as well as a solid 85-win campaign in 2014.

Best known for his role as Boston’s manager during their curse-ending World Series run in 2004 and their follow-up World Series victory in 2007, Francona has spent a total of 14 years as a big league manager. In that time, he’s posted a 1206-1062 record and taken home AL Manager of the Year honors. Somewhat surprisingly, his first Manager of the Year Award didn’t come until 2013 — his first with Cleveland.

Francona is regarded by executives, coaching peers and players as one of the most respected managers in the game. He’s the type of established and admired skipper that is an asset in luring free agents to come to a team. “You don’t bring a guy like this over here if you don’t plan on winning,” Nick Swisher said to reporters at the press conference to announce his signing.