The Royals have officially agreed to a two-year, $17MM deal with free agent DH Kendrys Morales. Morales can earn an additional $750K per year through performance incentives. The contract includes a mutual option for a third year. 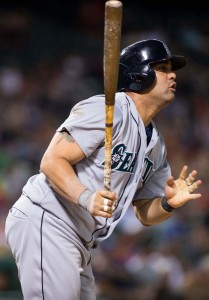 Morales becomes the replacement for long-time DH Billy Butler, who went to the A’s for $30MM over three years earlier in the offseason. Morales, a switch-hitter, is 31 years of age.

After sitting out a good chunk of the season last year, having declined a qualifying offer before entering free agency, Morales ultimately signed a one-year deal with the Twins. But he struggled there and was dealt to the Mariners, where he continued to fall shy of his typical standards at the plate.

Kansas City has placed a bet on a return to form for Morales, whose ability to hit pitching of both hands (but especially righties) is also attractive. The Royals ranked dead last in baseball with 95 deep flies last year, and Morales should provide a jolt of pop if he can get back on track with a full spring.