5:42pm: The Padres have announced the hiring, making it official. It appears that Green has received a three-year deal, MLB.com’s Corey Brock tweets.

11:53am: Although the Padres were said to be down to Ron Gardenhire and Rick Sofield in their search for a new manager, it appears they’ve made a last-minute audible, as Bleacher Report’s Scott Miller is now reporting that Diamondbacks third base coach Andy Green will be San Diego’s new skipper (Twitter link). The Padres have issued a press release to inform the media that they’ll formally announce a new manager at 3pm PT. (San Diego did not name Green in the release). Dennis Lin of the San Diego Union-Tribune tweets that Gardenhire was the runner-up to Green, who was offered the position late last night. 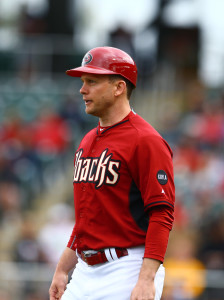 The 38-year-old Green will instantly become one of the youngest managers in baseball (though Tampa Bay’s Kevin Cash is still younger). That’s not to say, however, that he comes without managerial experience. To the contrary, Green has four seasons of minor league managerial experience in spite of his young age. From 2011-14, he managed in the D-Backs’ minor league system, including a pair of postseason berths for the Double-A Mobile Bay Bears in 2013-14. Green was named Southern League Manager of the Year in each of those two seasons.

Green played parts of four seasons in the Major Leagues, with his fourth and final appearance coming in 2009 when he saw action in just four games with the Mets. A second baseman/third baseman by trade, Green appeared in 140 big league games and received 265 plate appearances, though he batted just .200/.282/.265 in that short time. The former 24th-round pick was a strong minor league hitter in parts of 10 seasons (.295/.375/.444) and also had a bit of experience in Japan’s Nippon Professional Baseball as well.