The Mets announced today that third baseman David Wright will undergo surgery to repair a herniated disc in his neck. In a press release announcing the news, the Mets noted that the decision came after weeks of testing, rest and anti-inflammatory injections that were made in an attempt to alleviate Wright’s pain and improve his mobility. Wright had reportedly been mulling surgery for some time now, and recent reports indicated that the operation could come with a three-month recovery period, which could potentially bring his season to an end. Today’s press release states that a definitive timetable won’t be available until after the surgery. Wright issued the following statement on his injury: 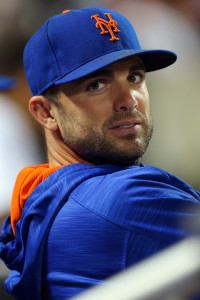 “After trying every way to get back on the field, I’ve come to realize that it’s best for me, my teammates and the organization to proceed with surgery at this time.  My neck simply did not respond to any of the treatments of the past few weeks. While incredibly frustrating and disappointing, I am determined to make a full recovery and get back on the field as soon as I can to help the Mets win. I greatly appreciate the support of my teammates and our fans throughout the last few weeks.”

Wright, 33, has played in just 37 games thus far in the 2016 season — one fewer than he played during the 2015 regular season (he played another 14 games in the postseason). The former MVP candidate has unsurprisingly seen his production at the plate suffer while dealing with back and neck injuries in the past two seasons, but he’s still posted a strong .260/.365/.436 batting line and 12 homers in the 75 games for which he’s taken the field.

Wright is earning $20MM this season in the fourth year of an eight-year, $138MM contract extension signed back in 2012. As FOX’s Ken Rosenthal reported in early June (Twitter link), the Mets have insurance on the contract, which will cover 75 percent of the money owed to Wright after he misses 60 days. That’s not an insignificant sum by any stretch of the means; Wright will miss his 60th day with this current injury come July 26, after which he’ll be owed about $7.43MM for the remaining 68 days of the season. The insurance would allow the Mets to recoup as much as $5.574MM if Wright misses the remainder of the year — money that could of course be allocated to a midseason upgrade on the trade market.

In Wright’s absence, the Mets have leaned heavily on Wilmer Flores at the hot corner, and he’s responded well, hitting .320/.375/.460 over the life of 56 plate appearances. Switch-hitting Ty Kelly has also seen a couple of starts at third, and the Mets picked up a familiar face in Kelly Johnson via the trade market to add further depth at the position. With Flores performing well, the urgency for the Mets to make a significant addition is certainly lessened, though adding further depth as the summer wears on could become a possibility depending on his ability to sustain his production. Following the initial news that Wright would be out for at least six weeks, I ran through some trade options for the Mets.