The first-place Rangers are all-in, acquiring All-Star catcher Jonathan Lucroy and reliever Jeremy Jeffress from the Brewers for outfielder Lewis Brinson, pitcher Luis Ortiz, and a player to be named later. Rangers slugger Joey Gallo had previously appeared to be part of the deal, but it turns out he was not included. 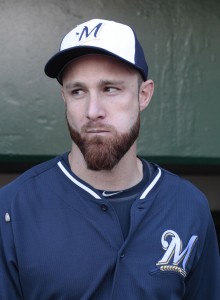 Lucroy, 30, provides the Rangers with a massive upgrade behind the plate over incumbents Robinson Chirinos and Bobby Wilson.  Drafted out of the University of Louisiana in the third round in 2007, Lucroy spent his entire seven-year career with the Brewers.  He made the All-Star team in 2014 and again this year, with a .299/.359/.482 line in 376 plate appearances in 2016.  By measure of wins above replacement, the Rangers are getting the third-best catcher in baseball.  After the 2011 season, when Lucroy had less than two years of Major League service, the Brewers signed him to a five-year, $11MM contract extension with a $5.25MM club option for 2017.  That contract has turned out to be an incredible bargain for the Brewers.  The Indians reached an agreement to acquire Lucroy on Saturday, but the catcher exercised his no-trade clause after Cleveland was reportedly unwilling to eliminate his bargain-priced club option.  After that trade fell through, the Mets also made a play for Lucroy.  The Rangers ultimately won the bidding, and have added both Lucroy and Carlos Beltran to their offense today. 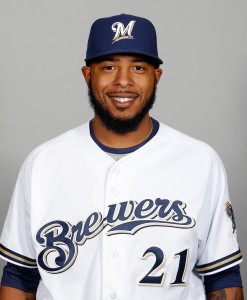 The Rangers also acquired Jeffress, a 28-year-old right-handed reliever with 27 saves on the season.  Jeffress was drafted by the Brewers in the first round in 2006 and went to the Royals in the December 2010 Zack Greinke blockbuster.  After struggling with that organization, the Blue Jays acquired Jeffress for cash considerations in November 2012.  By April of 2013, he was removed from the Jays’ 40-man roster.  After another stint on and off the Jays’ roster, Jeffress became a free agent and signed a minor league deal with the Brewers in April 2014.  He joined the big league team in July of that year, and that’s when his career began to blossom.  Armed with a fastball that averages over 95 miles per hour, Jeffress ascended to the Brewers’ closer job this year and has posted a 2.22 ERA in 44 2/3 innings.  He’s controllable through 2019 for the Rangers.  While the Rangers’ bullpen has struggled overall this year, Jeffress, Sam Dyson, Tony Barnette, Jake Diekman, and Matt Bush are a formidable unit.

In Brinson, the Brewers added a 22-year-old minor league outfielder universally regarded among the top 30 prospects in the game.  He’s hitting just .237/.280/.431 at Double-A this year, battling a shoulder strain.  Still, according to ESPN’s Keith Law, “Brinson is an elite defensive center fielder who doesn’t have to hit much to have value in the majors and who has All-Star potential if he hits enough to get to his plus-plus power.”  The Rangers also added Ortiz, generally regarded as a top 60 prospect.  The 20-year-old righty currently has a 4.08 ERA in Double-A, and Law says he “shows an above-average fastball, plus changeup, and above-average control already.”

Brewers GM David Stearns has had an active trading season as he looks to rebuild his team.  Stearns has shipped out Aaron Hill, Will Smith, Lucroy, and Jeffress since the beginning of July.