6:04pm: It’s a minor league contract for Lowe, reports Bob Dutton of the Tacoma News Tribune (on Twitter). The right-hander will head to Triple-A Tacoma to begin the season.

4:08pm: Shortly after being cut loose by the Tigers, veteran right-hander Mark Lowe is set to sign a deal to return to the Mariners, reports ESPN’s Jerry Crasnick (on Twitter). The 33-year-old Lowe is represented by Frye McCann Sports. 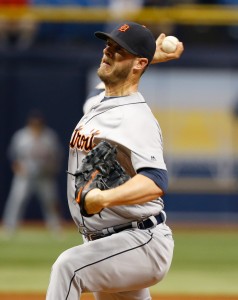 Seattle is where Lowe revitalized his career back in 2015. After throwing just 18 2/3 innings big league innings from 2013-14, Lowe inked a minors deal in Seattle and proved to be one of the best minor league pickups of the offseason; in 36 innings with Seattle that season, Lowe turned in a ridiculous 1.00 ERA with a 47-to-11 K/BB ratio. That performance led to a trade to the Blue Jays, where Lowe took a step back but still logged a 3.79 ERA with a 14-to-1 K/BB ratio in 19 innings, helping the Jays to the postseason.

That terrific rebound campaign led the Tigers to commit to Lowe in the form of a two-year, $11MM contract, but that deal yielded disastrous results. Lowe’s average fastball velocity dipped from 95.5 mph in 2015 to 92.4 mph, and he stumbled to a 7.11 earned run average. Lowe did still strike out nearly a batter per inning, but his BB/9 rate shot from 2.0 to 3.8, and he went from averaging 0.65 HR/9 to 2.19 HR/9 as a member of the Tigers.

It’s not clear whether the Mariners are signing Lowe to a Major League deal or a minor league deal, but the financial commitment will be minimal either way. The Tigers are paying Lowe $5.5MM this year as part of the aforementioned two-year contract, and the Mariners would only be on the hook for the Major League minimum of $535,000 (or the pro-rated version of that sum, for whatever time Lowe spends in the Majors).

As it stands, the Mariners’ bullpen is slated to be anchored by flamethrowing right-hander Edwin Diaz, who emerged as a dominant closing option for manager Scott Servais last season. Also likely to be in the relief corps are right-handers Nick Vincent, Evan Scribner, Dan Altavilla and Casey Fien, while left-hander Marc Rzepczynski will be locked into a spot after signing his own two-year, $11MM contract this winter. Right-handers Tony Zych, Steve Cishek and Shae Simmons are all currently being slowed by injuries.