4:49pm: The contract includes a team option for a fourth season, per Mike Puma of the New York Post (via Twitter).

11:00am: The Mets have announced Callaway’s hiring. There’s a press conference set for Citi Field at 4pm ET today.

OCT. 23, 8:40am: The Mets are expected to announce Callaway’s hiring this afternoon at Citi Field, tweets Mike Puma of the New York Post.

12:43pm: The Mets have offered their managerial job to Indians pitching coach Mickey Callaway, according to Joel Sherman of the New York Post. The two sides are finalizing Callaway’s contract, Sherman adds (Twitter link). It’ll be a three-year deal, Jon Heyman of FanRag reports (on Twitter). 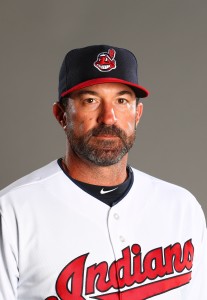 The 42-year-old Callaway emerged as the top candidate for the job earlier Sunday, beating out Mets hitting coach Kevin Long, Mariners third base coach Manny Acta and White Sox third base coach Joe McEwing for the position. Callaway “stood out” from the rest during his interviews with Mets brass, Sherman tweets. The club’s hope is that Long will stay on as part of Callaway’s staff, per Sherman (on Twitter).

Callaway, who also drew interest from the manager-needy Phillies, developed an excellent reputation during his five-year run as the Indians’ pitching coach. In what will go down as Callaway’s final season on manager Terry Francona’s staff, the Indians boasted one of the most successful pitching staffs of all-time.

As was the case in Cleveland, Callaway – a major league pitcher from 1999-2004 – will have an opportunity to work with a slew of gifted hurlers in New York. Despite the immense talent on hand, though, the majority of Mets pitchers dealt with injuries and posted poor performances in 2017 during a 70-92 season that led to previous manager Terry Collins’ ouster. Aside from Jacob deGrom, who was his typical excellent self, none of the Mets’ top starters stayed healthy. Noah Syndergaard missed most of the season, while Matt Harvey, Steven Matz and Zack Wheeler mostly turned in ineffective showings when they were physically able to take the mound. Meanwhile, fellow starters Robert Gsellman, Seth Lugo and Rafael Montero failed to distinguish themselves as rotation locks for 2018.

In addition to trying to turn around the fortunes of the Mets’ pitchers next season, Callaway will oversee a position player group that also had a less-than-ideal 2017. The Mets’ premier hitters, Yoenis Cespedes and Michael Conforto, endured injury-shortened years, and the latter could miss a portion of next season after undergoing shoulder surgery in September. Still, the expectation is that those two will continue to serve as the Mets’ offensive centerpieces going forward. There are questions elsewhere, though, most of which center on the team’s infield alignment. Amed Rosario is a lock to start at shortstop, but it’s not yet clear who will earn the lion’s share of playing time at first, second or third base.

The Mets’ roster issues will be up to general manager Sandy Alderson to figure out in the coming months, but he’ll obviously work to put his first-time manager in position to succeed right away. Despite their miserable campaign, the Mets aren’t far removed from being one of the National League’s most formidable teams. They earned playoff berths in each of the two prior seasons, including a World Series appearance in 2015, and will attempt to return to relevance under Callaway in 2018.