6:08PM: The Tigers have officially announced the signing.

2:58PM: The Tigers have struck a deal with free agent righty Tyson Ross, according to Ken Rosenthal of The Athletic (Twitter link). It’s a $5.75MM guarantee over a single season, with a readily achievable roster bonus that would add another $250K, per Jeff Passan of Yahoo Sports (via Twitter). 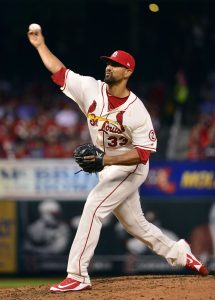 Clearly, that’s not quite a vintage Ross showing. He was a 3.07 ERA hurler over a 516 2/3 inning run from 2013 to 2015. For a pitcher who once steadily worked in the mid-nineties, it’s hardly promising to see a career-low 91.7 mph average fastball. And he was far shy of his peak strikeout and groundball rates.

All that being said, it’s still rather impressive that Ross was able to turn in a full season after shoulder issues and eventual thoracic outlet procedure sidetracked his career. His prior effort, in 2017 with the Rangers, had fallen notably flat as he struggled to stay in the zone.

For Detroit, Ross will join the recently inked Matt Moore to help fill out the rotation and perhaps provide the club with a summer trade chip. That approach yielded dividends this past season with Mike Fiers.