The Padres have agreed to a two-year contract with right-hander Pierce Johnson, ESPN’s Jeff Passan reports (via Twitter). The former Cubs top prospect will be guaranteed $5MM over the life of the deal, and the contract contains a team option for a third season. Johnson is represented by JBA Sports. 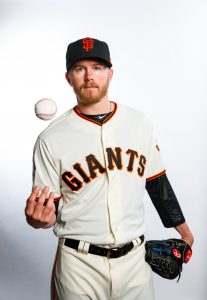 Johnson, 29 in May, spent the 2019 season pitching for the Hanshin Tigers of Japan’s Nippon Professional Baseball, where he posted otherworldly numbers. In 58 2/3 innings of relief, he posted a 1.38 ERA with a 91-to-13 K/BB ratio (14.0 K/9, 2.0 BB/9). Unlike many big leaguers who enjoy overseas breakouts and return to find MLB deals, Johnson needed only one season of success to convince a Major League club that he was worthy of a multi-year deal.

Despite being selected by the Cubs with the No. 43 overall pick in 2012 and at one point ranking among the game’s top 100 prospects, Johnson pitched only a single MLB inning with the organization in 2017. He was booted from the 40-man roster in December and landed with the Giants on a waiver claim. He’d go on to pitch 43 2/3 innings with San Francisco the following year in 2018, although the results weren’t pretty. Johnson logged a 5.56 ERA with 7.4 K/9, 4.5 BB/9, 1.03 HR/9 and a 37.8 percent ground-ball rate out of the Giants’ bullpen in his lone season with the organization.

That limited sample represents the entirety of Johnson’s body of work in the big leagues, but he’ll become the latest in an increasing number of players to find success in either Japan or Korea and parlay that overseas breakout into a big league contract. This offseason, we’ve seen Johnson, Josh Lindblom and Joely Rodriguez cash in on multi-year contracts, just as Merrill Kelly, Miles Mikolas, Eric Thames and (several years prior) Colby Lewis did.

It’s a low-risk investment for any big league team to make, and the growing frequency of deals like looks like the beginning of a trend. Teams aren’t shy about mimicking successful strategies from other organizations, after all, and to this point there’s been a fair bit of success with this approach to talent acquisition.

From the player side of the equation, it’s a no-brainer, as most players jumping to play in NPB and the KBO — Adam Jones notwithstanding — are fringe 40-man roster candidates at best and will make significantly more playing in Asia than they would in a season of Triple-A ball (even with some occasional MLB promotions mixed in). And, upon returning, they’re able to sign seven-figure contracts, some of which even offer the opportunity to become a free agent at the completion of the deal rather than slotting back into the arbitration system.