The biggest stories on MLBTR from the past week:

Blue Jays talking with Jose Bautista. The slugger’s rather unusual spin through free agency could lead him back to where he started, as Bautista has been in “active contract discussions” with the Jays about a return.  Bautista is apparently willing to discuss accepting a one-year deal from the Jays or other teams, though that one-year pact would still need to pay him beyond the $17.2MM value of the qualifying offer. 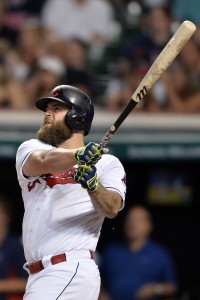 Mike Napoli’s market heats up.  The free agent first baseman has seen his market pick up in recent days, with the Rangers perhaps in the driver’s seat.  Texas is discussing a two-year contract with Napoli, though some other teams (reportedly the A’s and Orioles) are still in the mix.

Twins asking for final trade bids on Brian Dozier.  After a winter full of trade rumors about the slugging second baseman, Minnesota is reportedly looking to wrap up the process, asking interested teams to submit their best and final offers for Dozier’s services.  The Dodgers have long been seen as Dozier’s most ardent pursuers; the Braves and Giants have also been involved in talks, while the Nationals and Cardinals both have rather limited interest.

More trade buzz about Jose Quintana.  Speculation about the left-hander’s future has become even more intense since the White Sox dealt Chris Sale.  Conflicting reports this week suggested the Yankees may or may not be pursuing a trade for both Quintana and David Robertson, and New York also reportedly discussed a three-team deal with the White Sox and Pirates (another club interested in Quintana’s services).

Rockies linked to Greg Holland.  Colorado is the latest team to show interest in the former Royals closer, with one report suggesting that the Rockies offered Holland a multi-year contract.  Rockies GM Jeff Bridich didn’t comment on the reported offer, though he did acknowledge that his club “checked in” on Holland.  Including the Rockies, that makes a whopping 18 different teams who have shown some degree of interest in Holland as he makes his return from Tommy John surgery.