Here are the biggest stories from this week at MLBTR. 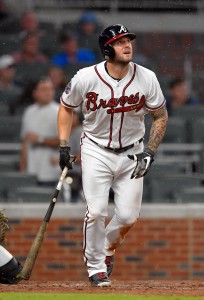 Braves acquire Matt Adams from Cardinals. The Braves made a trade to add a first baseman this week, getting Matt Adams and cash from St. Louis for minor-league infielder Juan Yepez. The move gives Atlanta a slugger (albeit one with limitations, since Adams needs to be platooned) to help compensate for the loss of Freddie Freeman, who’s expected to miss more than two months with a fractured wrist. In the wake of the trade, the Braves also parted ways with veteran first baseman James Loney, who they’d signed only days before.

White Sox sign Luis Robert. The White Sox struck a deal this week with top Cuban outfield prospect Luis Robert, agreeing to a minor-league contract that will earn him $26MM. The Cardinals also contended for Robert’s services, but Robert picked Chicago, perhaps in part because of a video presentation that featured fellow countrymen Jose Abreu and Yoan Moncada, as well as Spanish-speaking manager Rick Renteria.

Padres marketing Brad Hand. It is perhaps little surprise that the Padres would consider trading a veteran reliever, but the news this week suggests that lefty Brad Hand could be headed out of San Diego sooner rather than later. Several teams have reportedly had preliminary talks with the Padres about Hand, and interest appears strong. Hand has quietly pieced together an excellent resume in San Diego, where he whiffed a remarkable 111 batters while pitching purely in relief last season and is off to another strong start in 2017.

Anibal Sanchez, C.J. Cron head to minors. Two struggling veterans headed to Triple-A this week, as the Tigers sent righty Anibal Sanchez to Toledo and the Angels shipped first baseman C.J. Cron to Salt Lake. Sanchez was off to a poor beginning to the season while pitching in the bullpen, with 26 runs allowed in 21 innings, and wanted to reestablish himself as a starter. Cron, meanwhile, was batting just .232/.281/.305 after returning from a foot injury.

David Price to make 2017 debut. After missing nearly two months with an elbow injury, David Price is set to make his first start of the 2017 season this coming Monday. That’s good news for a Red Sox team that has struggled to find consistent starting pitching beyond Chris Sale, Eduardo Rodriguez and Rick Porcello. The team promoted lefty Brian Johnson to start today.