The Reds have hired Giants vice president of player development David Bell as their manager, per a team announcement. Cincinnati awarded Bell a three-year contract with a club option for 2022.

The move represents a homecoming for the 46-year-old Bell, a Cincinnati native with deep ties to the organization. Bell’s grandfather (Gus Bell), father (Buddy Bell) and brother (Mike Bell) all played for the Reds, and Buddy is a former Reds coach who now works in their front office. David Bell didn’t play for the club during his long career as a major league infielder, but he did manage in its minor league system from 2008-12, running its Double-A team for three years and its Triple-A squad for one. 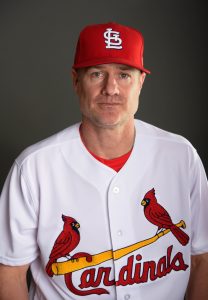 Bell hasn’t garnered any managerial experience at the big league level, though he did work in multiple capacities with a few organizations in between his Reds stints. He was a third base coach with the Cubs in 2012 before serving on then-manager Mike Matheny’s staff in St. Louis from 2013-17. Bell first worked as the Cardinals’ assistant hitting coach before becoming Matheny’s bench coach. He left last fall to join the Giants, whose farm system he wanted to modernize.

“There’s incredible information, and it has to factor into everything we do,” Bell explained to Henry Schulman of the San Francisco Chronicle last March. “It’s there. If we don’t access, utilize and implement that information, we’re going to fall behind.”

While it’s unclear how beneficial Bell was to the Giants’ farm system during his brief time with them, his modern outlook helped him land on other teams’ radars this month before the Reds hired him. Bell interviewed for both the Blue Jays’ and Rangers’ vacant managerial posts prior to joining the Reds, who counted him among roughly a dozen candidates for their job. Bell quickly emerged as the favorite for the position, beating out other serious candidates in Brad Ausmus and Rocco Baldelli. It helped Bell’s cause that Joe Girardi withdrew from contention Friday in a move that “surprised” Cincinnati, Jon Heyman of Fancred tweets.

As he begins the next phase of his life in baseball, Bell will be tasked with helping to turn around a Reds team that hasn’t earned a playoff berth or even finished .500 since 2013. While the Reds showed flashes in 2018 under interim manager Jim Riggleman, who took over for the fired Bryan Price, they still ended up with fewer than 70 victories (67) for the fifth consecutive season. There is some enviable position player talent on hand, though, especially in the infield – where the Reds boast first baseman/franchise cornerstone Joey Votto, second baseman Scooter Gennett, shortstop Jose Peraza and third baseman Eugenio Suarez. The club’s pitching staff is a problem, on the other hand, but there are at least a few potential building blocks in the fold in starters Luis Castillo and Anthony DeSclafani and closer Raisel Iglesias.

It’s likely the Reds, who plan to increase payroll in 2019, will spend the offseason trying to improve their pitching staff. Regardless, the Bell-led Reds will be in for another tough test next year in the NL Central, which featured four plus-.500 clubs and two playoff teams in 2018.