In a challenge trade of sorts, the Rockies and Reds have agreed to swap a pair of former top pitching prospects. The two clubs agreed to a trade Wednesday sending right-hander Jeff Hoffman and minor league righty Case Williams from Colorado to Cincinnati in exchange for right-hander Robert Stephenson and minor league outfielder Jameson Hannah. The Reds have formally announced the swap.

Hoffman, 28 in January, was the ninth overall pick by the Blue Jays in the 2014 draft and went to the Rockies as the centerpiece of the blockbuster deadline swap that shipped Troy Tulowitzki to Toronto. The hope at the time of the deal was that the former East Carolina University ace could develop into a key front-of-the-rotation piece at the ever-challenging Coors Field, but that simply hasn’t panned out. 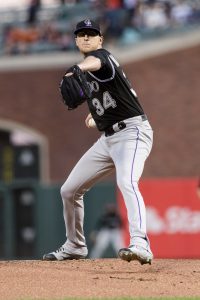 Hoffman has logged Major League innings in each of the past five seasons but never performed up to those lofty prospect expectations. In a total of 230 2/3 frames at the MLB level, he’s compiled a 6.40 ERA and a similarly discouraging 5.58 FIP. Along the way, Hoffman has averaged 7.7 K/9, 4.2 BB/9 and 1.79 HR/9 to go along with a 40.7 percent ground-ball rate.

Unappealing as those baseline numbers are, however, there’s also reason to believe that Hoffman may yet have another gear into which he can tap. As noted here at MLBTR back in May, Hoffman possesses high-end velocity and spin rate on his four-seamer and above-average spin on a curveball that generally befuddled hitters in 2019. The Reds and their affinity for high-spin pitchers may have a different idea about how Hoffman can maximize what looks to at least be a viable two-pitch mix — be it concentrating his four-seamer more in the top of the zone, altering his release point or any number of other possible tweaks.

Hoffman is out of minor league options, so he’ll need to open the 2021 season on the Reds’ roster. If they’re able to successfully tap into his still-dormant potential, he’d be controllable for another four seasons.

The tale of Stephenson in Cincinnati is rather similar. He’s a hard-throwing 27-year-old who is out of minor league options and at various points ranked among the game’s elite pitching prospects but has yet to develop into a consistent producer. 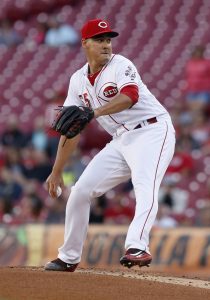 Stephenson has had recent success, however, giving the Reds 64 2/3 frames of 3.76 ERA and 3.63 FIP ball with 11.3 K/9 against 3.3 BB/9 as recently as 2019. Unfortunately for both the Reds and Stephenson, he followed that up with a ghastly 2020 effort in which he served up 11 runs in just 10 innings — thanks largely to an astonishing eight home runs allowed.

It’s worth noting that Stephenson, like Hoffman, possesses excellent velocity and spin rate on his fastball — both of which contributed to him recording an 18.7 percent swinging-strike rate across the past two seasons. Stephenson’s whiff rate, in fact, ranked among the 99th percentile of all big league relievers in 2019, so there’s plenty of reason to think that he could also emerge (or reemerge) as a viable setup piece for the Rockies. He’s controlled for three more seasons — one less year than they controlled Hoffman.

Hannah, 23, was a second-round pick by the A’s back in 2018 but was traded to the Reds in the 2019 swap that brought righty Tanner Roark to Oakland. He has just one full professional season under his belt after this year’s minor league campaign was canceled, having slashed .274/.339/.369 at Class-A Advanced in ’19. Hannah currently ranks 15th among Cincinnati farmhands at MLB.com and 23rd at FanGraphs, drawing praise for a combination of plus speed, above-average fielding and an average or better hit tool. Hannah lacks power, and scouting reports peg his arm as below average as well.

Williams was the Rockies’ fourth-round pick just this past summer. He’s yet to pitch in a pro game due to the cancellation of the 2020 minor league system and was at least somewhat of a surprise pick, as he didn’t rank in the draft’s top 200 prospects at MLB.com or the top 500 at Baseball America.

However, as GM Jeff Bridich explained to MLB.com’s Thomas Harding at the time, Williams was a local product whom the club had scouted extensively. It’s possible that with a full high school season, of course, Williams would’ve been vaulted onto those pre-draft rankings. And it’s clear that the Rox aren’t the only club intrigued by Williams and his 96 mph heater, as evidenced by the very fact that the Reds have had him included in today’s swap. Indeed, Bobby Nightengale of the Cincinnati Enquirer tweets that Cincinnati GM Nick Krall now says his team planned to draft Williams before the Rockies snagged him in the fourth round.

Fansided’s Robert Murray first reported that a trade was in place and that Hannah was in the deal. MLB Network’s Jon Heyman and The Athletic’s Ken Rosenthal added details on the framework (Twitter links) before Murray reported all of the names involved.