The Reds announced Friday that they’ve selected the contract of infielder Zach Vincej from Triple-A Louisville and released right-hander Lisalverto Bonilla to clear a spot on the 40-man roster. Right-hander Ariel Hernandez has also been recalled from Louisville as a September call-up, per Cincinnati’s announcement.

Vincej, 26, was the 1132nd pick of the 2012 draft — all the way down the board in the 37th round. He’s slowly risen through the minor league ranks and had a huge performance in last year’s Arizona Fall League before hitting .270/.325/.370 in his first taste of Triple-A this year. Vincej doesn’t rank among Cincinnati’s top prospects, but he’ll provide some up-the-middle depth for the Reds in his first look as a Major Leaguer.

The Reds announced on Monday that they’ve claimed right-hander Lisalverto Bonilla off waivers from the division-rival Pirates. The 26-year-old Bonilla had been designated for assignment in Pittsburgh last week after the Bucs acquired righty Pat Light from the Twins.

The 26-year-old Bonilla made his big league debut with the Rangers back in 2014 but missed the 2015 season due to Tommy John surgery. Once a fairly well-regarded prospect in the Phillies and Rangers organizations — the Rangers picked him up from Philadelphia in the trade that sent infielder Michael Young to the Phils — Bonilla spent the 2016 season working his way back to health in the Dodgers’ organization. In 111 innings split between the Double-A and Triple-A affiliates of the Dodgers, Bonilla logged a 3.97 earned run average with a 118-to-40 K/BB ratio. In his brief big league stint with Texas back in 2014, Bonilla pitched to a 3.05 ERA and a 17-to-12 K/BB ratio in 20 2/3 innings. The Bucs had signed Bonilla to a Major League deal earlier this offseason. 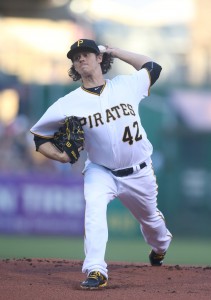 Here are a couple minor moves that were lost in the shuffle during a very busy Tuesday.

The Dodgers have claimed righty Lisalverto Bonilla off waivers from the Rangers, the club announced. He has been placed on the 60-day DL by Los Angeles.

Bonilla, 25, spent all of the 2015 season on the DL after undergoing Tommy John surgery in April. He had reached the big leagues for the first time in the prior year, allowing seven earned runs with 17 strikeouts and 12 walks over 20 2/3 innings for Texas.

While he made three of his five MLB appearances in a starting capacity, Bonilla has mostly worked as a reliever in recent years in the minors. At Triple-A in 2014, Bonilla threw 87 1/3 innings of 4.33 ERA ball (34 relief appearances, nine starts), with 10.8 K/9 against 3.3 BB/9. He has consistently posted double-digit strikeouts per nine since moving to the pen.