Here are the five biggest stories here at MLBTR this week. 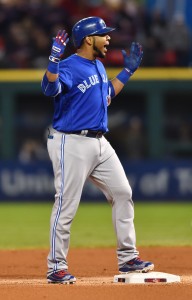 Indians to sign Edwin Encarnacion. The Indians agreed with the slugger on what’s reportedly a three-year, $60MM deal that also includes a club option, edging out the Athletics and Rangers. The move ended what’s been a frustrating free agent period for Encarnacion and his agent and potentially cleared the way for the signings of other power bats like Mark Trumbo, Chris Carter and Jose Bautista (who is reportedly willing to consider a one-year deal). Earlier this week, 30% of you thought the Indians would land Encarnacion.

Pirates to re-sign Ivan Nova. Ivan Nova seemingly benefited from being traded to Pittsburgh at last year’s deadline, and this week, he agreed to re-sign with the Bucs for the surprisingly low price of three years and $26MM. Nova’s market was surprisingly quiet this offseason, even though he looked like one of the best free agent starters. The Pirates also added a hard-throwing reliever this week, inking Daniel Hudson to a two-year deal. And they’re reportedly still trying to acquire star White Sox lefty Jose Quintana to further bolster what suddenly looks like a much-improved pitching staff.

Braves extend Ender Inciarte. The Braves agreed to a five-year deal, plus a club option, to potentially keep outfielder Ender Inciarte for two extra seasons. Inciarte, meanwhile, will receive a guaranteed payout of $30.525MM. “We are thrilled to announce an extension for Ender,” said Braves GM John Coppolella. “We feel that he’s the best defensive center fielder in baseball and one of the best leadoff hitters in the game.”